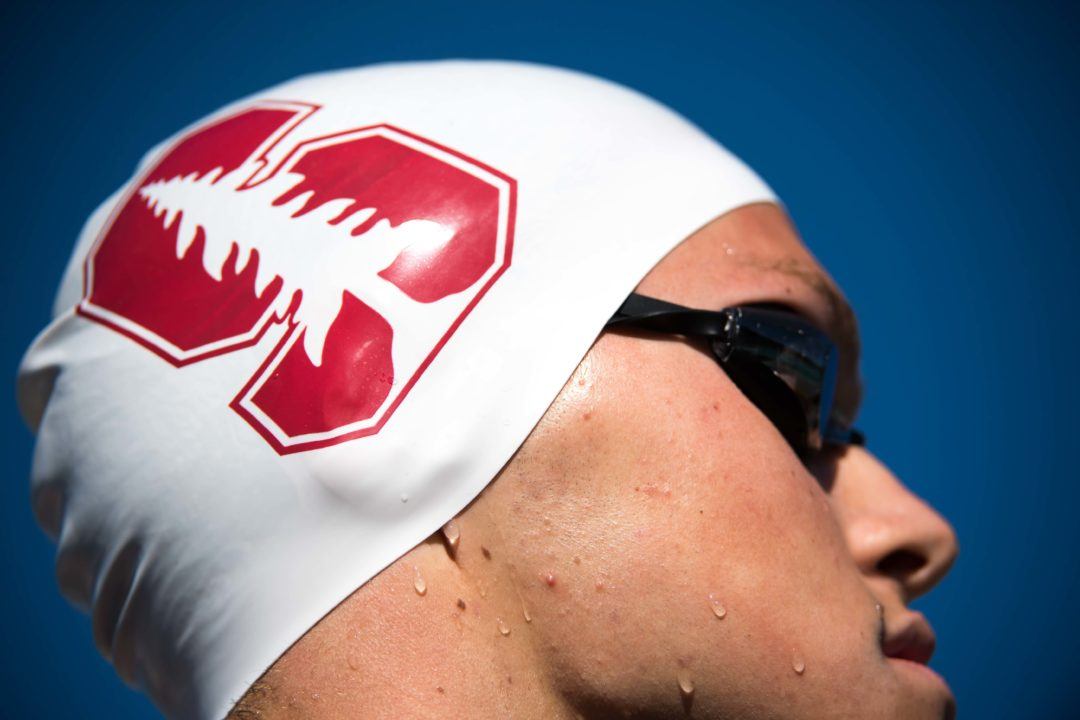 “This recruiting class brings in the country’s very best student-athletes,” said Goldman Family Director of Men’s Swimming Ted Knapp. “It was a thrill to go through the recruiting process with them and I am very excited to get going with this group next fall. This class will help us contend for team, relay and individual national championships.”

“I feel between our two signees we will not skip a beat at the NCAA level as far as scoring potential,” said diving coach Patrick Jeffrey. “Of course, the fact that they are freshman replacing seniors is very exciting. By the end of their tenure at Stanford, look for them to be a major force on the national level with the scoring potential to influence the outcome of the NCAA Championships.

A freestyle and backstroke specialist, Boratto hails from Haverford, Pennsylvania, and is on track to graduate from the Haverford School this spring. Boratto won the 200-yard freestyle and 100-yard backstroke at last season’s Eastern Interscholastic Swimming and Diving Championships, setting the meet record in the latter. Boratto is listed as Pennsylvania’s sixth-best recruit, according to CollegeSwimming.com.

Boratto on Stanford — “After all these years of training in the Northeast, I can’t wait to get up early in the morning and take a dip in the pool outside in Palo Alto. Stanford offered the best combination of academics and athletics for what I was looking to get out of my college experience. I am honored and excited to be part of this great program.”

A 2017 Virginia 6A state champion and 2016-17 NISCA All-American, Casey joins Stanford from Woodson High School in Fairfax, Virginia. Casey is the latest in a long line of exceptional divers from the Woodson boys’ program – the team has won the Northern Region and Virginia state team championships eight of the past 12 seasons. Casey was named NISCA National Champion as a junior in 2017, and he was a finalist with fellow incomer Noah Vigran on the 1-meter at the Senior National Championships.

Casey on Stanford — “I am so excited to be joining the Stanford community and to be a part of such a great swimming and diving program.”

Jonathan Cook joins Stanford as SwimSwam’s 18th-ranked recruit from Henry M. Jackson High School in Mill Creek, Washington. Cook, who excels in the individual medley and breaststroke events, is a USA Swimming Scholastic All-American and NISCA All-American with Washington 4A meet records in the 200-yard individual medley (1:48.36) and the 100-yard breaststroke (53.91). A swimmer for West Coast Aquatics, Cook has experience at both the United States Nationals and World Championship Trials.

Cook on Stanford — “I have never been one to compromise, so the fit at Stanford was natural. That being said, what truly sold me on Stanford was the electric atmosphere and the tight knit brotherhood I felt on the pool deck. I left my visit telling myself ‘I want to be part of that’.”

Gonzalez on Stanford “The Stanford community consists of a great group of like-minded, dedicated students that are all working towards bettering themselves and the world. This is a group I want to be a part of, and I am ecstatic that I am getting the opportunity to do so. I know Stanford will be a life-changing experience for me, and I can’t wait to do it all next year on The Farm.”

Six-time Texas 6A state champion Jack LeVant joins the Cardinal as SwimSwam’s 11th-ranked recruit. A versatile swimmer who excels in butterfly, back and freestyle swims, LeVant is a USA Swimming Scholastic All-American. He won the 200-yard butterfly at the 2016 Winter Junior Nationals, while his times in the 500-yard freestyle, 200-yard freestyle and 200-yard butterfly rank among the fastest of all time in the 17-18 age group.

LeVant on Stanford — “Stanford has been my dream school for my entire life, and it’s so fulfilling to be able to make that dream a reality.”

David Madej, CollegeSwimming.com’s fourth-ranked recruit in the state of Ohio, joins the Cardinal as a specialist in the freestyle, backstroke and butterfly events. A senior at Brecksville-Broadview Heights High School, Madej is the double defending champion in the 100-yard freestyle at the Ohio State Division I Swimming and Diving Championships. Madej is also a state champion in the 200 free relay, and has logged several strong backstroke leadoffs in the 200 and 400 medley relays.

Madej on Stanford — “I chose Stanford because the team and the coaches made me feel at home, and like one of their own. Aside from the great academics and swimming, something about the atmosphere of excellence here is unbeatable. I’m beyond happy to be spending my next four years on the Farm.“

Daniel Roy ranks 14th on SwimSwam’s recruiting rankings after an impressive junior season for Gonzaga Preparatory in Spokane, Washington. A breaststroke specialist with experience in the individual medleys, Roy won the 200-meter breaststroke with a time of 2:10.77, also winning gold with the United States’ 400-meter medley relay team and silver in the 400-meter individual medley. Roy’s hometown is not far from the King County Aquatics Center, site of Stanford’s 2016 and 2017 Pac-12 Swimming and Diving crowns.

Roy on Stanford — “I am so excited to begin my career as a student-athlete at Stanford. I’ve always held myself to the highest standard and this is another opportunity for me to do so.”

Noah Vigran joins Stanford from Indian Hill High School in Indian Hill, Ohio. Coached by Ray Noble, Charlie Casuto and Kevin McElheney, Vigran has established himself as one of the best young divers in the nation. In Feburary, Vigran set the Ohio state D2 record with a 534.00 winning score in the 1-meter springboard after finishing second as a sophomore in 2016. Vigran was named an NISCA All-American following his 2016-17 junior season. With fellow incomer Conor Casey, Vigran was a finalist on the 1-meter at this year’s Senior National Championships.

Vigran on Stanford — “Attending Stanford has always been a dream of mine, and I am very excited to continue my diving career and education at such an elite institution.”