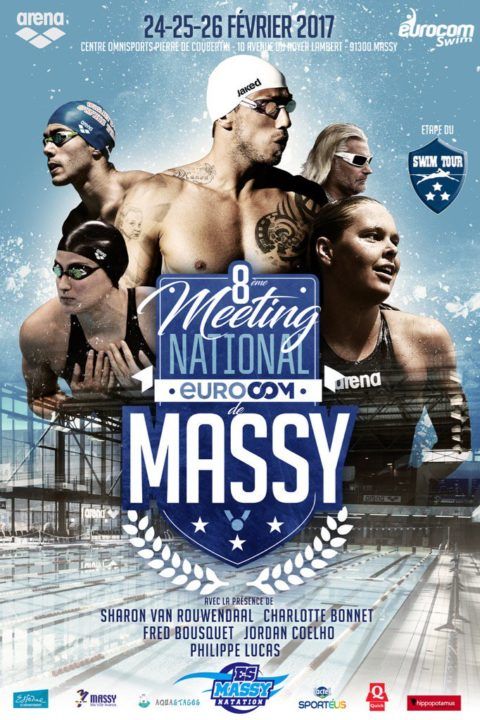 This weekend will mark the 8th annual “Meeting National Eurocom de Massy,” the second stage of France’s Swimtour 2017. The first stage, the 5th Annual “Meeting Olympique de Courbevoie” took place two weekends ago, while the third and final stop will be in Melun on June 2-4, 2017. 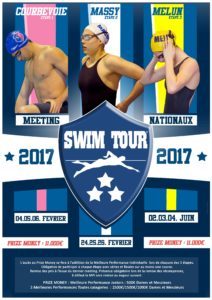 The Swimtour aims to bring together the past, present, and future of French swimming, and to do so in the Parisian region. While the Parisian-area clubs of Courbevoie, Massy and Melun have developed excellent talent among the younger generation, much of the focus of French swimming has been on the big clubs in the south: Nice, Marseille, Toulouse, Montpellier, and Narbonne.

Nicolas Miquelestorena, the head coach of ES Massy, explains, “With the Stade Français [Courbevoie], Melun, and Massy, we have the best young swimmers in France. Yet all the big training centers, as well as the members of the French national team, are in the south. So we decided to create the Swimtour to showcase the swimming here in the Ile de France [Parisian region].”

The first stage two weekends ago in Courbevoie (known by the hashtag #MOC2017) featured in addition to great racing, a relay for charity with Bousquet, Gilot, and a couple of celebrities. This weekend, Massy expects over 700 swimmers, including French and international stars Bousquet, van Rouwendaal, Charlotte Bonnet, Jordan Coelho, Lara Grangeon, Fantine Lesaffre, and Marc-Antoine Olivier.

Watch the teaser below: