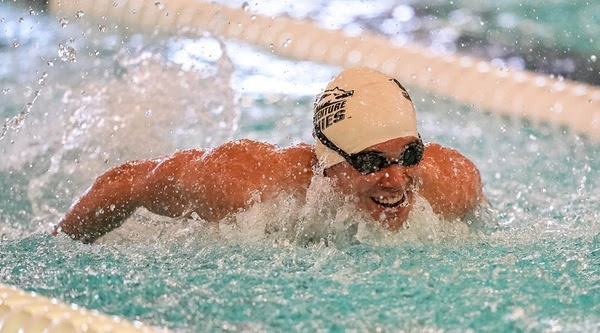 Sprinter Maddie Fritz has committed to swim for DI University of New Hampshire beginning in fall 2021. She will be joining the Wild Cats’ class of 2025.

Bonnies head coach Skip Nitardy is entering his second season at the helm. The program is coming off the first year in which both the men’s and women’s programs were combined under the guidance of one coaching staff.

Stephanie Fleming returns for her seventh season as diving coach and third since returning to St. Bonaventure.

Junior Tjaard Krusch returns after winning a silver medal in the 100-backstroke, swimming a NCAA “B” cut time of 47.61 and finishing fourth in the 200-backstroke as well as the 200-IM at last year’s A-10 Championships. Krusch also won four individual events last season. He was also named the Most Outstanding Rookie of the Meet at the 2017-18 Atlantic 10 Championships.

The Bonnies’ schedule features two home meets this season. St. Bonaventure’s first home meet is slated for Nov. 15 when Canisius visits the Reilly Center Pool, and the other home action will come Jan. 20 against Binghamton.