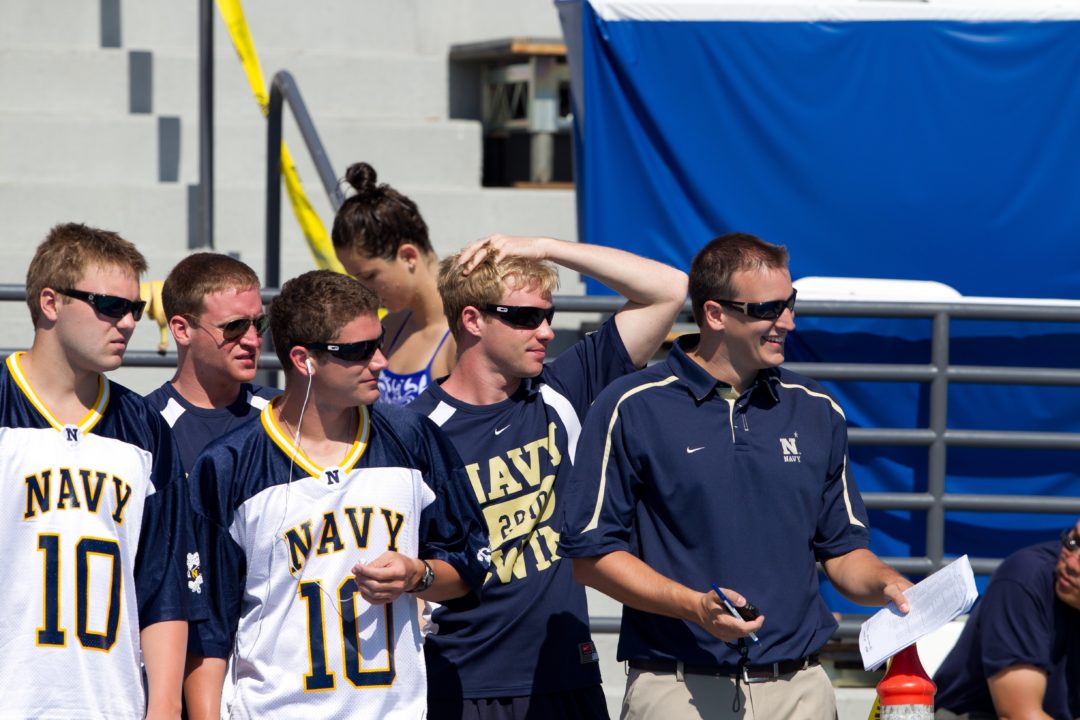 The Navy men's and women's teams trounced Army, leaving the record between these two rivals at 29-4 in Navy's favor.

West Point, NY – The Patriot League showdown between the Army and Navy swim teams ended in a double victory for the Navy Midshipmen. On December 11th, the Army Black Knights fell to Navy on both the men’s (199-101) and women’s (194-106) sides, bringing the all-time record between these two rivals to 29-4 in Navy’s favor.  Over the course of the meet, several meet records and pool records fell, including one by Olympic legend Mark Spitz.

Meyer wasn’t done with the record-breaking either, as her 1:58.08 winning time in the 200y backstroke scored a three-fer, tying the Navy women’s team record, meet record, and setting a new pool record.  Meyer also earned the win in the 200y IM event, clocking a 2:01.95.

The Army Black Knights were able to sneak in a few victories, however, such as Colin Kanzari winning the 100y breaststroke in a time of 54.89 Chris Szekely earning the win the men’s 100y freestyle with his top time of 44.30.

Navy teammate Marlin Brutkiewicz did some record-breaking of his own as well, earning the 200y breaststroke race in a new pool record time of 1:58.74.  Joe Lane made a sweep of the backstroke events with is win in the 200m distance in 1:46.60 and the Navy’s 400m freestyle relay ran away with the final event in a winning time of 2:59.32.

The.29-4 must refer to the Womens competition as the men have been at it way back in the other century. At the academies the coaches have two records kept one is overall and the other there Army -Navy meets. The meets are always something to see with the rivalry of the academy’s.