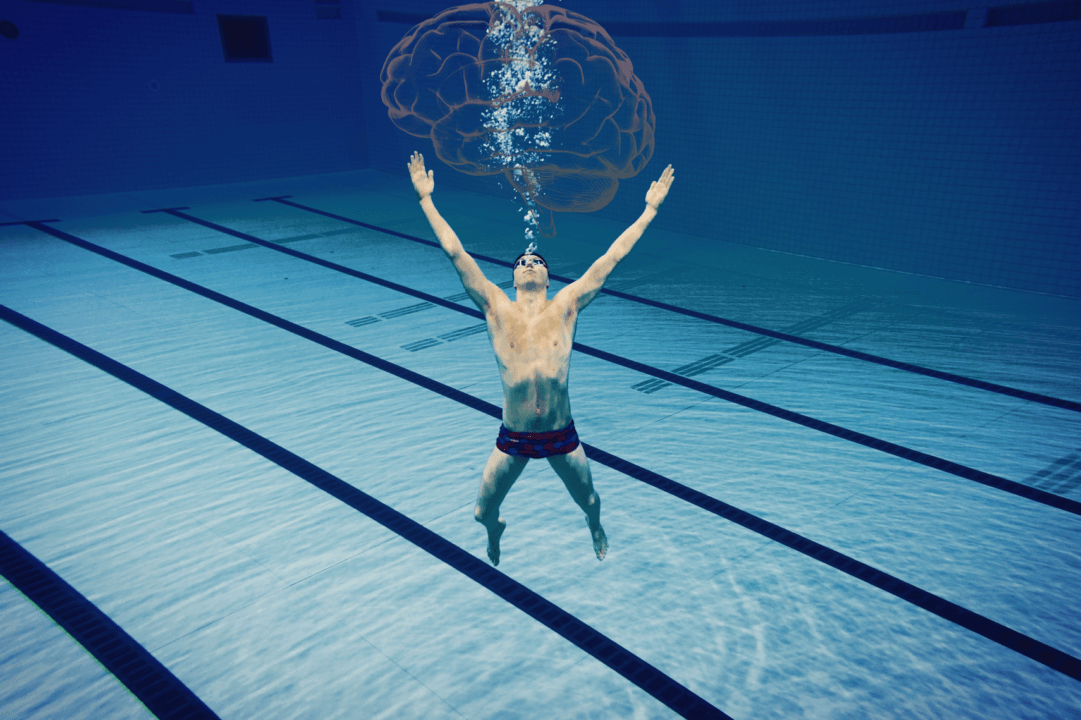 Speaking about mental health is not easy. Most coaches are not trained in the field of psychology, which leaves them feeling uncomfortable ... Current photo via Tom Dunkley

The Space Between: COVID and Swimming

“A small chunk of open water that for an hour allows me to still be who I was before everything around me changed. I’m just a little girl again in the water.”

Canadian Olympian Taylor Ruck reveals the issues she’s had with an eating disorder in recent years in an interview with Canadian paper The Globe and Mail.

Mental health and wellness has been an emerging subject in the world of athletics. Over the past few years individuals such as Michael Phelps, Allison Schmitt, Kevin Love and Demar DeRozen have opened up about their challenges.

Another study conducted by the NCAA found that 63% of the student athletes in the group they interviewed had experienced emotional or mental health issues that had affected their athletic performance in the last 4 weeks (Eisenberg 2014).

Athletes commit themselves to their sport in a quest for excellence. That journey is often a turbulent one and can leave individuals vulnerable to mental health challenges. Athletes often look at these challenges as a sign of weakness when they have not been properly educated on the subject of mental health and wellness.

A coach is often one of the most influential individual’s in an athlete’s life and can play a role in how they approach their mental health and wellness. In a study of young athletes it was found that an important factor in these individuals reaching out and seeking help was the attitude of their coach (Gulliver 2012).

This is a complex subject. Most coaches are not formally trained in the field of psychology, which leaves many feeling uncomfortable talking about the subject.

Paul Yetter, the Head Senior Coach of the North Baltimore Aquatic Club, dealt with these challenges, but wanted to find a way to speak to the athletes he coaches about the subject, “As a coach you have to address the things you see right in front of your face,” says Yetter. “That is why we say we teach life through sports, teaching mental health through sports is the same thing.”

Eventually he found a way to start the conversation. He decided to use a book he feels provides some simple ways for everyone to address their mental wellness; The Four Agreements, “I feel safe with that as a coach. I can teach the book. That is going to give me a basis to teach some of these points.”

The first time he used the book in this way he was working with an athlete in Florida that was facing his own mental health challenges. Once he saw the positive affect it had on this swimmer he knew it was something he wanted to continue with athletes in the future, “That gave me the taste of it. I had an outline and a lesson plan that I never fully finished. When I moved to Baltimore and got to know the kids a little bit it was like well everyone needs to read this book.”

The Four Agreements was written in 1997 by Don Miguel Ruiz. The agreements he outlines are:

“Whenever I think about those points it is not a debatable thing with me,” explains Yetter.

“The first time we talked about the opening chapter and then we worked our way through the book.”

“It was positive with the kids that took advantage of it.”

Be Impeccable with Your Word

“As coaches we have the responsibility to help these athletes see themselves accurately. It is hard to tell that as people, but you can see it with them as athletes. You can see how they don’t give themselves credit in a performance and a training setting.”

When an individual is inaccurate in how they see themselves they start to make their own or believe others assumptions about their abilities, “A lot of these kids by the time they are 12 or 13 years old they are already limited.”

“There are a lot of kids that are maybe missing out on the fun, because of their own inaccurate judgments.”

“I had a girl who just came to us. The second day she stops in the middle of a set and I said ‘Okay get back on it. Kick off the wall a little bit and that is going to help you out.’”

“She did and came over after the practice and said, ‘About kicking off the wall I am not very good at that.’ My response was who told you that? I went right to it because to me the only issue is that someone told her that.”

This is also very applicable for coaches as it can greatly influence the interactions they have with athletes, “Don’t make assumptions because sometimes the athlete might have poor body language which you assume is about you or about the workout or about something that is happening in the lane, but it is not,” says Yetter.

For an athlete to reach their potential in  sport a coach has to evaluate their performance and provide constructive criticism. Criticism of our actions, whether it is constructive or not, can be hard to not take personally.

Yetter refers back to a conversation he had with a fellow coach on how they can help athletes learn to live out this agreement, “We talked about one of the strategies being when you don’t have a great interaction with an athlete the only thing that you do is coach the athlete. I think a lot of times human nature is to avoid it or try to make yourself right by continuing your stance.”

“You could just move on and coach the athlete. That is the thing that helps people to get through that in a healthy way.”

“The word action is so important when it comes to mental health because sometimes it is hard to take action. Action is the thing that builds confidence.”

Always Do Your Best

Athletes put forth an incredible amount of effort. When dedicating themselves to a sport some eventually take it too seriously and start to define themselves through their performance, which can jeopardize their mental wellness.

“Don’t take swimming too seriously,” says Yetter. “I tell the swimmers that they want to be a person who swims not a swimmer who persons.”

“They sometimes take their swimming identity to another level.”

This is an example of how one coach has created a way to speak with the individuals he works with about mental health. Coaches are creative people, use that creativity to find a way to start a conversation that could literally save someone’s life.

That is great and I liked the book. Most Coaches are not trained in this. Teams should have access to trained professionals. Parents of age groupers should be aware of these issues.

I think we need to be looking at what happens ‘before’ the emergence of mental health issues – yes teaching about mental health is important but more importantly education about life, relationships with others and responsibility (to ourselves and others) and how we, as human beings make meaning and interpret our world. As a foundational skill – learning this as a preventative measure could prevent mental health issues later in life. Personal development and growth training in addition to physical training – courses like the Landmark Forum can be a life game changer for all persons – whether an athlete or not.

The information above presented by Lisa is exceptional and I see it actually was mentioned two
years ago. I wonder how many coaches, others have taken to heart some if not all of what she had to say. I am also curious as to the Landmark Forum course and how many people are familiar with it. (I plead guilty to the above). With respect to body language; it certainly goes both ways and as an athlete may perceive that a coaches words are not aligned with his/her ‘posture’ and thus left to interpret what is really being stated. In addition one might refer to an interview with Coach Kredich at Tennessee as he speaks to the issue of ‘body… Read more »