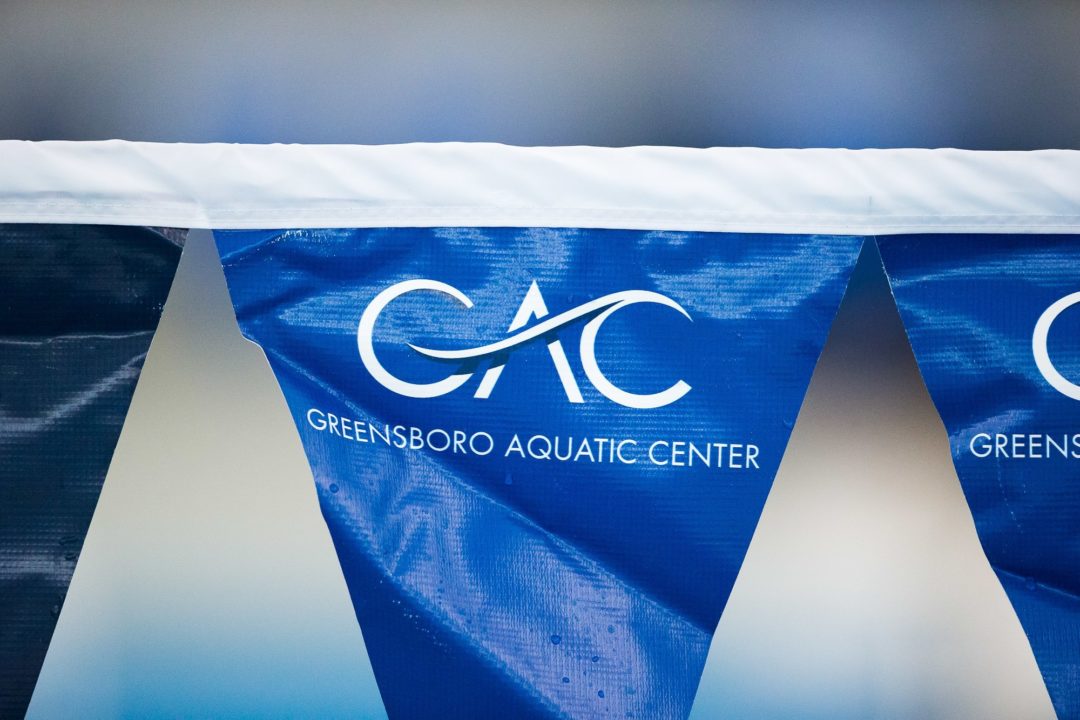 Led by the McEnroe sisters, Spartaquatics won all of the women’s events on the final night of the YMCA Spring Festival in Greensboro, including a relay sweep. Stock photo via Tim Binning/TheSwimPictures.com

Spartaquatics Swim Club and the YMCA of the Triangle Area closed out the final night of the YMCA Spring Festival in Greensboro by taking the team titles. Spartaquatics finished first on the women’s side with a total of 930 points, while YOTA finished as the runner-up with 609.5 points. YOTA also took the men’s team title and the overall team title, scoring 813 and 1422.5 points in each of the categories.

Although there are no official YMCA National Championships this season, the festival is designed to serve as an unofficial multi-site substitute for the Championships. More information about the festival can be found here.

17-year-old Jenna Bridges kicked-off the night for Spartaquatics by winning the 1650 freestyle in a best time of 16:55.63, knocking almost 5 seconds off of her personal best. For Bridges, the swim marked her first time under 17 minutes in the event, as her old best stood at 17:00.50.

Bridges’ teammate Kirsti McEnroe then won the 100 freestyle with a time of 49.43, chopping .2 off of her best time. The 16 year-old dipped under the :50 second barrier for the first time with her swim, winning the race by almost a second.

14-year-old Hayden Penny kept the Spartaquatics winning streak alive by coming in first in the 200 backstroke, touching in a time of 1:58.99. Penny sliced almost a full second off of her best time in the event, which previously stood at a 1:59.92.

Annika McEnroe, the older of the two McEnroe sisters, won the 200 breaststroke by almost 6 seconds, finishing with a time of 2:10.44. The Cal commit chopped almost 2 seconds off of her best time with her swim. Notably, McEnroe’s time would have been the 2nd-fastest time on Cal’s roster this past season, less than a half second shy of an NCAA invite in the event, as 2:10.12 was the cut-line in the event.

The women from Spartaquatics made it a sweep of the night’s events, along with the relays, by winning the 400 free relay. The team of Camrynn Wilson, Penny, along with Kirsti and Annika McEnroe won in a time of 3:23.52, with Kirsti McEnroe splitting a 49.70 on the anchor leg.

Combined, the McEnroe sisters won 8 individual events and swam on 5 winning relays, scoring 80 points each with their individual victories.

McEnroe Sisters Victories Throughout the Meet:

YOTA’s Ryan Hardy narrowly defeated GCY’s Ethan Womble to win the 100 freestyle, as the pair touched in times of 46.00 and 46.03, respectively. With his swim, Hardy slashed over a second off of his best time, breaking the 47 second mark for the first time.

YOTA’s John Reese Taylor won the final individual event of the night by taking first in the 200 breaststroke, where he touched in 2:00.17. With his performance, Taylor dropped 2 seconds off of his personal best.

YOTA closed out the night by taking victory in the 400 freestyle relay, dropping over 5 seconds off of their seed time to touch in a time of 3:03.93. The team of Kyle Mizell, Lucas Ansede, Taylor, and Hardy defeated Greensboro’s team by less than a second en route to victory.