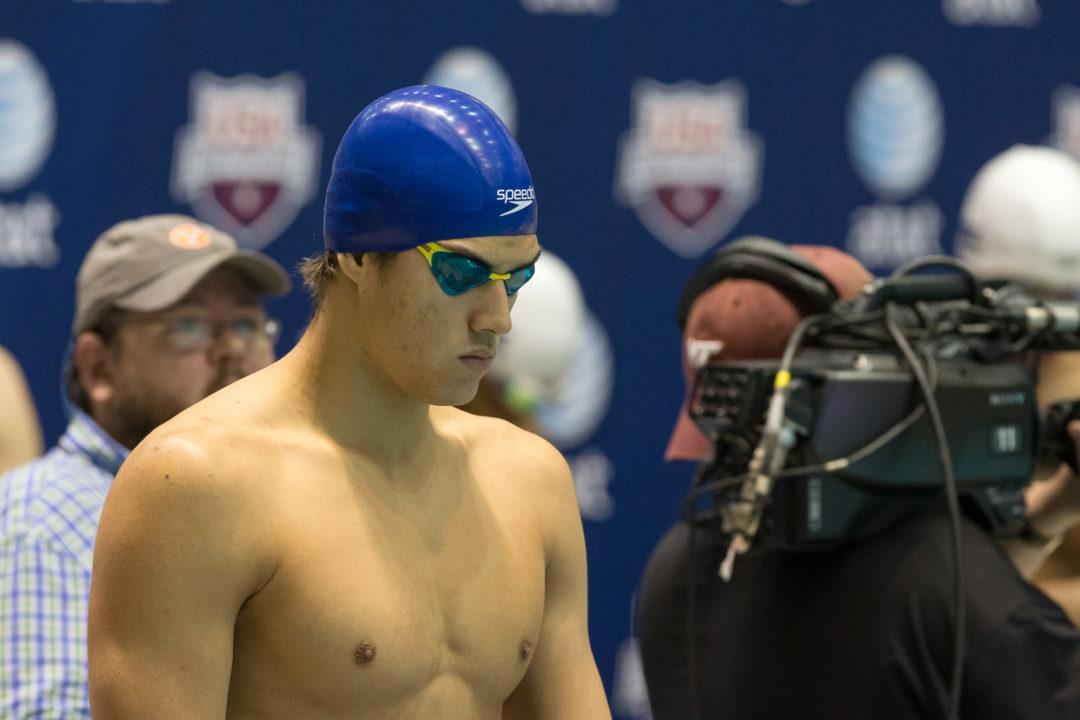 Bruno Ortiz (above) and his brother Miguel have been added to the final Spanish swimming roster for the 2016 Olympic Games. Archive photo via Tim Binning/TheSwimPictures.com

The Royal Spanish Swimming Federation (RFEN) has announced their final Olympic roster, which now stands at 23 after 12 were announced after the country’s official National Championship and Olympic Trials meet.

While Spain’s primary qualifying criteria were at March’s trials, they left room in the criteria for further swimmers to be selected after the European Championships, which resulted in the roster of pool swimmers nearly doubling

The final lists also includes the removal of one of Spain’s best young swimmers: distance man Cesar Castro. Castro underwent shoulder surgery shortly after qualifying for the country’s Olympic Team, and while the surgery has been deemed “a success,” he’s had to pull out of Rio.

He’s replaced in the men’s distance group by Marc Sanchez, who until this year was the national record holder in the 400 IM.

Also joining the list are the brothers Ortiz. Raised in Japan, the two were collegians at the University of Michigan in the United States, but where many national hats and have long chosen Spain as their preferred international representation. This gives a hint that Spain may be expecting a call-up in the 400 free relay – they weren’t one of the 4-fastest non-auto qualified teams, which would have earned them a wild card, but a scratch by another qualified team would pull Spain up into the Olympics. FINA’s deadline for nations to accept their relay spots was almost a week ago, June 10th, but they still have not announced the official qualified relays.

A big name missing from this final roster is World Record holding sprint butterflier Rafa Munoz. He swam at the 2008 Olympics,  but has missed qualifying for the 2012 and 2016 games, even though his 50 fly World Record still stands.

The makeup of this year’s roster is a shift from London, where just 3 men, to go with 11 women, swam at the 2012 Olympics.