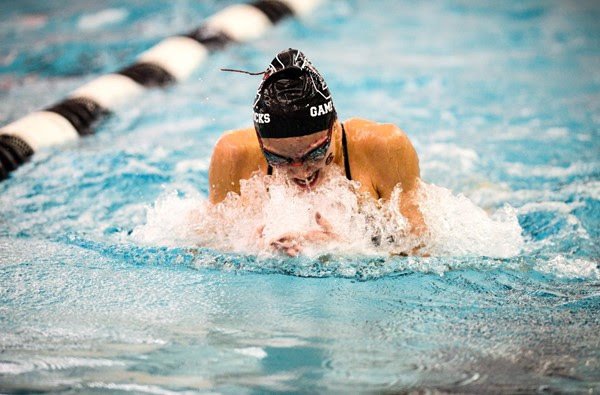 South Carolina men's and women's swimming and diving will compete in the final dual meet of the season for each team on Saturday beginning at 11 a.m., as they travel to Georgia Tech. Current photo via South Carolina Athletics

COLUMBIA, S.C.- South Carolina men’s and women’s swimming and diving will compete in the final dual meet of the season for each team on Saturday beginning at 11 a.m., as they travel to Georgia Tech.

The Gamecocks return to the McAuley Aquatic Center, the site of the 1996 Summer Olympics, after finishing fourth (women’s) and seventh (men’s) in the team standings at the GT Invitational back in November.

South Carolina picked up a pair of home wins over East Carolina in the first dual meet of 2019 last weekend. The Gamecocks had 24 event winners and saw a big day in diving as well with five divers (Alex Claus, Anton Down-Jenkins, Yu Qian Goh, Karlee Price and Mikaela Lujan) setting career-high marks on at least one of the two springboards.

GAMECOCK NOTABLES:
– Emma Barksdale continued her stellar senior campaign with a pair of first-place finishes in the Gamecocks’ win over East Carolina. Barksdale went 4:17.84 in the 400 IM and 1:01.31 in the 100 breast while also finishing with the second-best time in the 200 backstroke.
– Mikaela Lujan took home first on the 1-meter board against ECU while also scoring a career-best 338.48 on the 3-meter board.
– Kate Sanderson had a pair of first-place finishes in the two distance events against ECU. Sanderson was the only female swimmer to break the 10:00.0 and 5:00.0 marks, swimming her fastest time of the season in the 1000 free (9:52.70).
– Fynn Minuth won all three of his races in his return to the pool following a two-month hiatus in competition for the Gamecocks. Minuth grabbed his second win of the season in both the 200 fly (1:48.77) and 200 free (1:38.49).
– Anton Down-Jenkins has swept the springboard events in each of the Gamecocks four dual meets so far this season. He grabbed a season-high score of 438.98 to win the 3-meter board against ECU.
– Freshman Phil Costin had his strongest showing for the Gamecocks this season, finishing first and third in the 100 free (46.06) and 200 free (1:40.83), respectively.
– Alex Claus also had the best meet of his young career, placing second and third respectively on the 1-meter (330.15) and 3-meter (316.58) springboards.
– AJ Ross returned to the pool after battling an illness during the fall semester to finish fourth in the 50 free (21.25) last week against ECU.

QUOTEABLE: HEAD SWIMMING COACH MCGEE MOODY
“We are coming off a good week of training after a strong meet against ECU last week. We are looking to improve on our race performance from last weekend and ride that momentum into our championship season. Georgia Tech is a great team, and we will have to be at our best to win the meet.”

UP NEXT FOR THE GAMECOCKS
South Carolina will look ahead to its final home meet of the season as is prepares to host the two-day, S.C. College Invitational on Jan. 25-26.