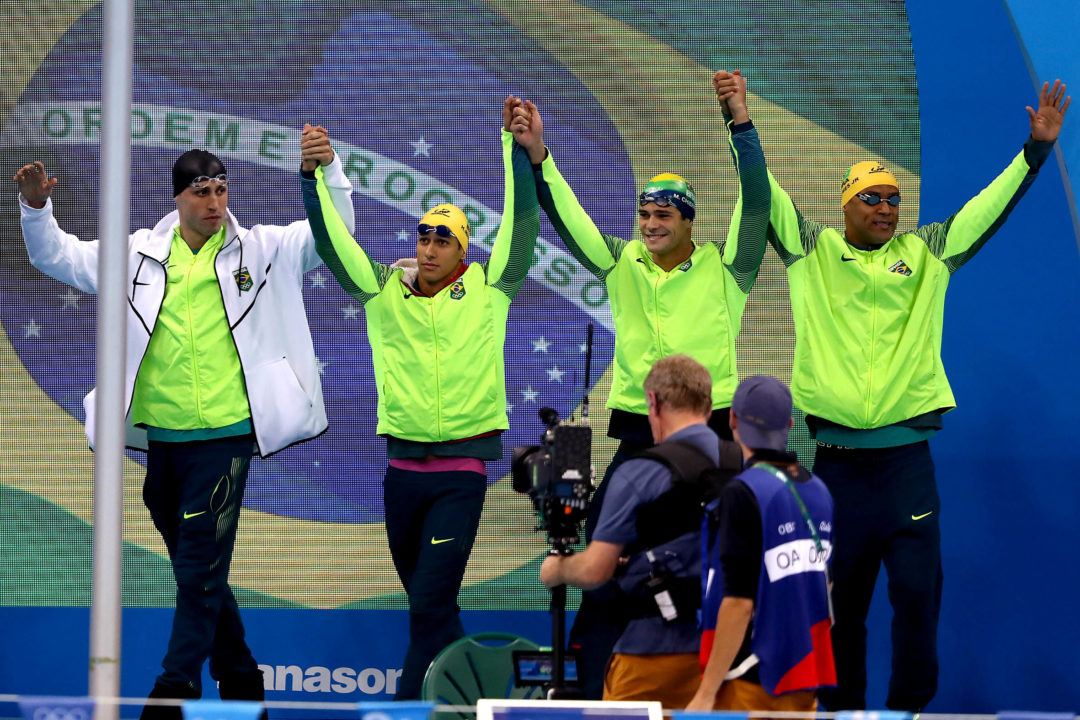 Team Brazil comes away from this Olympic Games medal-less, only the second host nation to do so in swimming in this century besides Greece from 2004. Current photo via Satiro Sodre/SS Press

With the close of the swimming portion of the 2016 Rio Olympic Games, Brazil joins Greece as the only two countries this century who have failed to medal in swimming at their own home Olympics.

They did come close to the podium on a couple of occasions this week, though.

Yesterday saw a sixth-place finish from Bruno Fratus of Brazil in the 50 free with 21.79. Fratus was probably Brazil’s best chance at a medal this week.

No South Americans medaled at these Games.