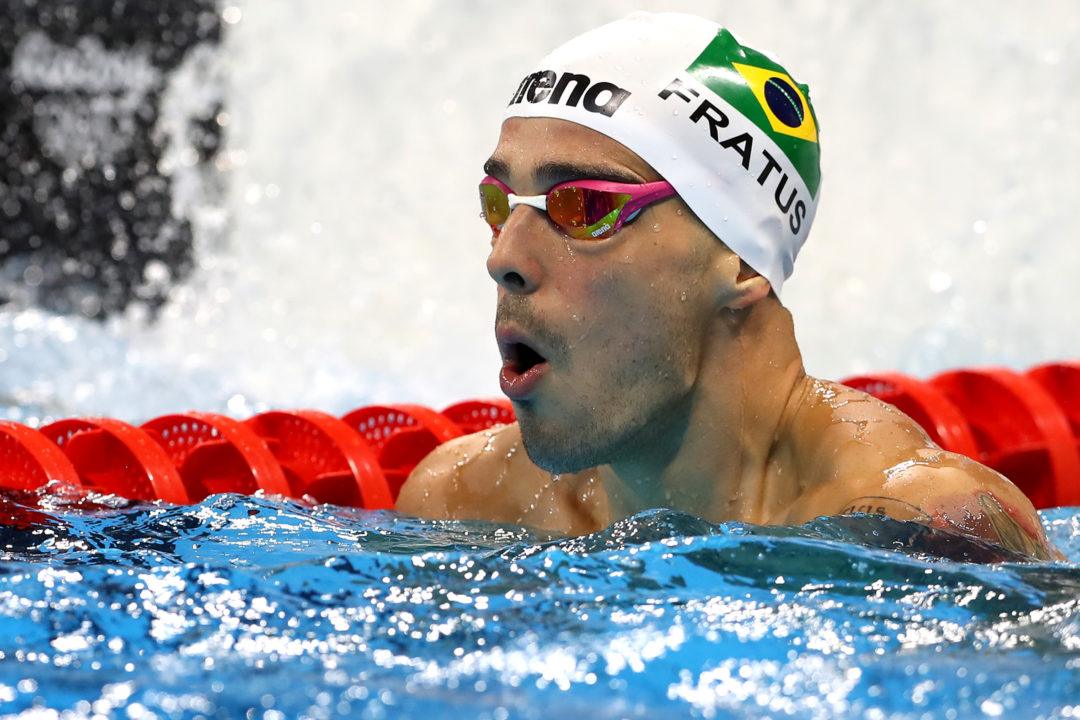 The only host team this century that has missed the podium altogether in the pool has been Greece. In 2004, no Greek swimmers or relay teams earned medals.

This year, Brazil may join Greece as a host nation without medals in the pool.

Tonight, Thiago Pereira put himself in a great position to make the 200 IM podium tonight, though he faded big to end up 7th at the finish. It was an inspirational swim nonetheless– Pereira had the home crowd absolutely booming for almost the entire race, and it might be enough to motivate some of their final swimmers to make a push for the podium.

Sprinter Bruno Fratus is one such swimmer. Fratus, who was in early speculations for possible podium finishers in the 50 free, swam a 21.71 in the semifinals to qualify in a tie for 6th for the final. Fratus is going to have to put forth a big swim tomorrow night to medal, but he is certainly capable of the 21.3 or so that it could take to medal.

No South Americans have medaled at these Games, yet.

I hope they get one, the pool will explode.

I’m kinda serious, they started stomping their feet in concert at today’s prelims for Brazilians, felt like the whole place might come down.