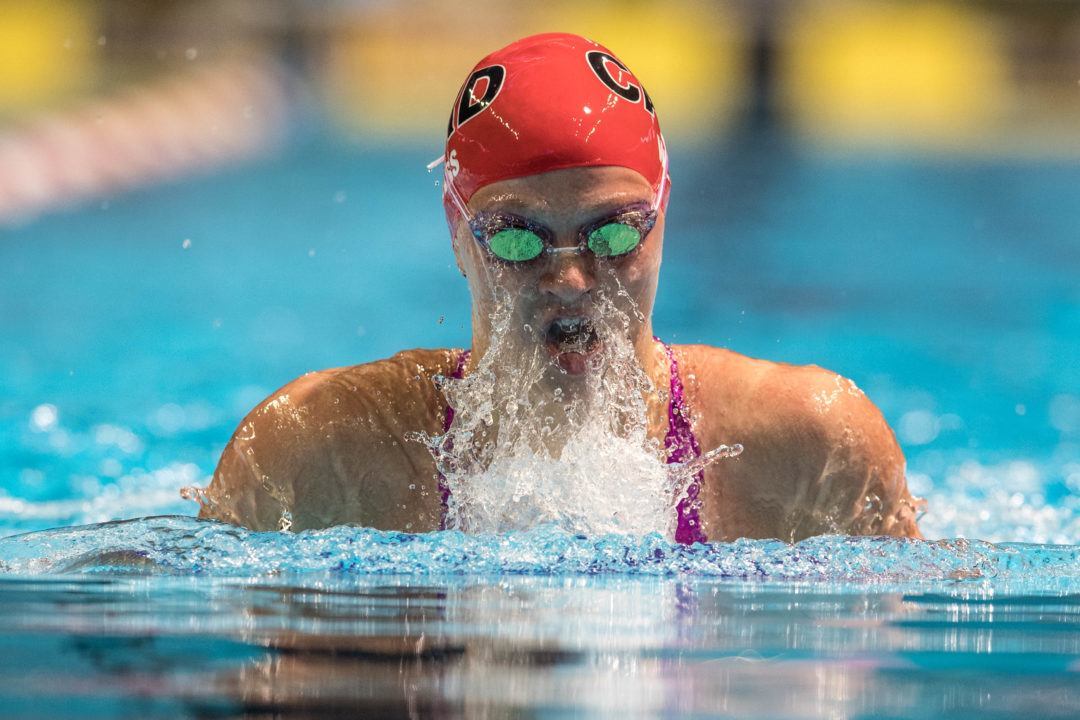 Weiss went 59.37 in the state final, busting the 59.63 record King set back in 2015. King, of course, would go on just one year later to win the NCAA title, break the American record, earn an Olympic berth and win an Olympic gold medal in the 100 meter breaststroke. Weiss is still just a sophomore, but her breaststroke speed should make her one of the most sought-after prospects in her high school recruiting class.

With two seasons left, Weiss is about eight tenths off the national high school record of 58.56 set by Minnesota high schooler Lindsey Horejsi in the fall of 2015.

Impressive time drop by Emily Weiss. Her PB was 1.00.34 before the meet. 59.37 now. You break the local record of the olympic champion as a sophomore. Well. It bodes well for the future.
Amazing to see so many US girls under the minute this SCY season. Around 20 so far. And the season is not over.
If you could lend at least one them to France….
With Emily Weiss, Zoe Bartel, Alex Walsh, Nikol Popov, Allie Raab or Margaret Aroesty, US breaststroke future is very bright on the women’s side.

Wow, good for her!!! Breaking the record of an OLY champion is a big deal!!!!