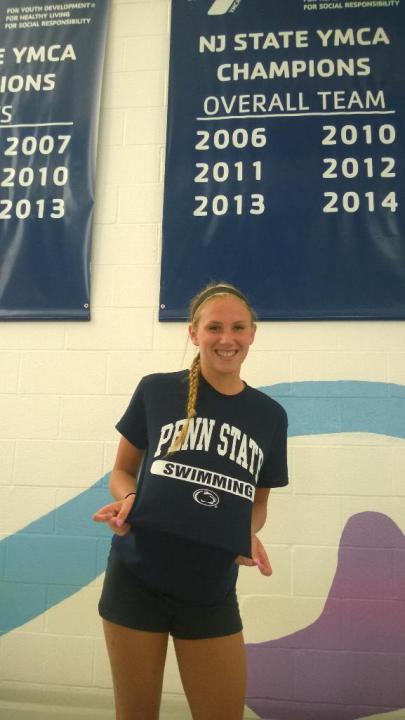 The Nittany Lions have picked up a verbal commitment from Somerset Valley YMCA's Katrina Kuhn for the 2015-16 season. 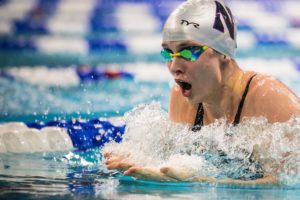 Katrina Kuhn of Bishop George Ahr High School and Somerset Valley YMCA has chosen to make Penn State University her home for the four years beginning in the fall of 2015.

Kuhn is a 2013-14 All-State sprint freestyler from Somerset, New Jersey. She was fifth in the 50 free and second in the 100 at the New Jersey High School Swim Meet of Champions. Her best times are:

At 16 years old Kuhn split a 26.01 to anchor Somerset Valley YMCA’s 200 free relay which broke the meet record at 2013 YMCA National Long Course Championship. A year later she anchored the same relay with 25.79, nearly catching Triangle Area YCMA who set the new record. Also at the 2014 Long Course YNats, she took seventh in the 50 free, third in the 100 free, and tenth in the 50 fly.

Coach Tim Murphy is trying to take a chip out of the Minnesota-Indiana hegemony in the B1G Championships by bringing in versatile swimmers like Kuhn who can hopefully add speed to the relays as well individual events.