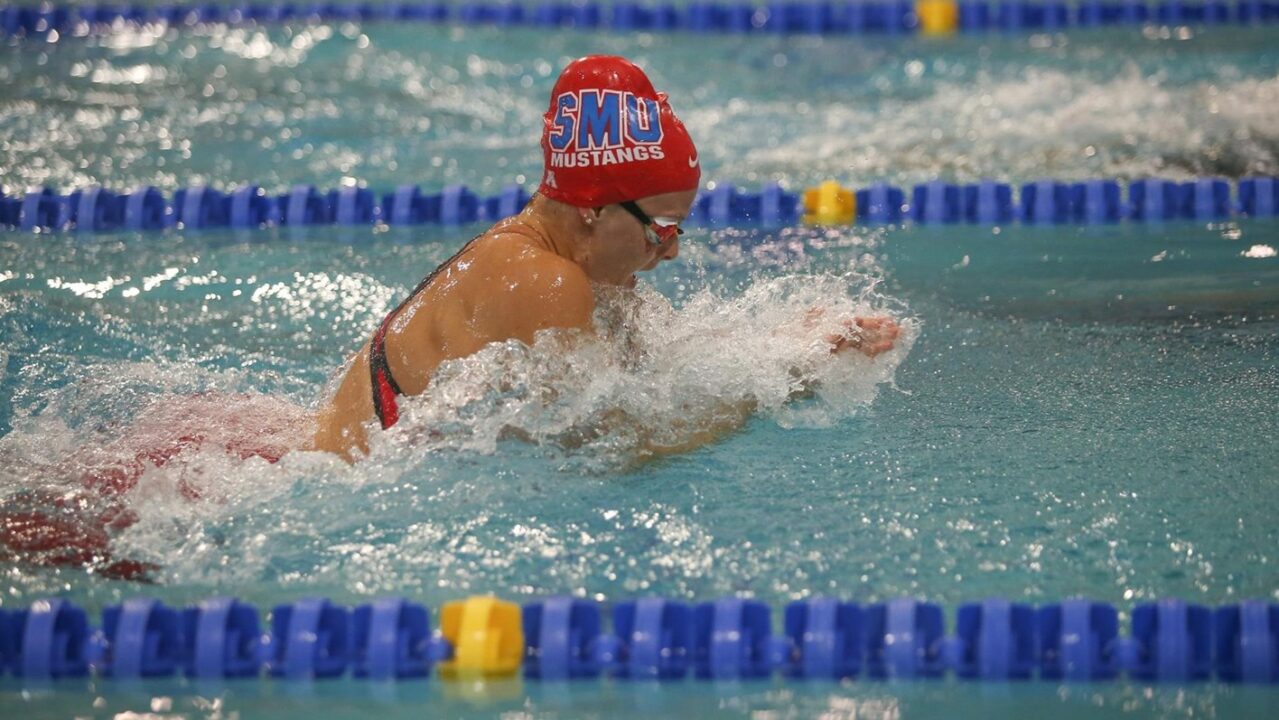 IRVING, Texas – The American Athletic Conference has announced the winners of the league’s weekly swimming and diving honors, for the competition week ending Sunday, October 31.

Men’s Swimming Athlete of the Week
Colin Feehery * Jr. * SMU
Feehery turned in strong showings for SMU in a dual setback at TCU on Oct. 29 and in a tri-dual victory over Oklahoma Christian and Incarnate Word on Oct. 30. Feehery swam NCAA B-cut times in the 100 breaststroke (:54.27) and 200 breaststroke (1:57.36) to notch the second-ranked times in The American this season, adding the second-fastest 200 IM swim (1:48.37). Feehery added an additional NCAA B-cut in the 400 IM (3:50.53) the following day in the tri-dual meet.

Women’s Swimming Athlete of the Week
Gabi Grobler * Sr. * SMU
Grobler was a double event winner in a 177-123 dual victory at TCU on Oct. 29. Grobler swam the third-fastest 200 backstroke time of the season in the conference, clocking in at 2:01.65 to take the win for SMU. Grobler also led the charge of three Mustangs on the podium in the 200 IM with a time of 2:05.10 in the event.

Men’s Diving Athlete of the Week
Dominic Hoefer * Jr. * SMU
Hoefer posted four NCAA Zone scores in dual competition with TCU on Oct. 29 and against Oklahoma Christian and Incarnate Word on Oct. 30. Hoefer placed second off the 1-meter board with 320.92 points and third in the 3-meter competition with 326.85 points at TCU. Hoefer added a win in the 1-meter (321.68 points) and a runner-up showing in the 3-meter (335.25 points) during the tri-dual meet.

Women’s Diving Athlete of the Week
Johanna Holloway * Sr. * SMU
Holloway found the podium twice in the dual meet triumph for SMU at TCU on Oct. 29. Holloway placed second in the 1-meter competition after scoring 269.25 points and took the victory off the 3-meter board with 300.97 points, with both scores within the NCAA Zone threshold.