SMU Falls to LSU at First Meet in New Pool 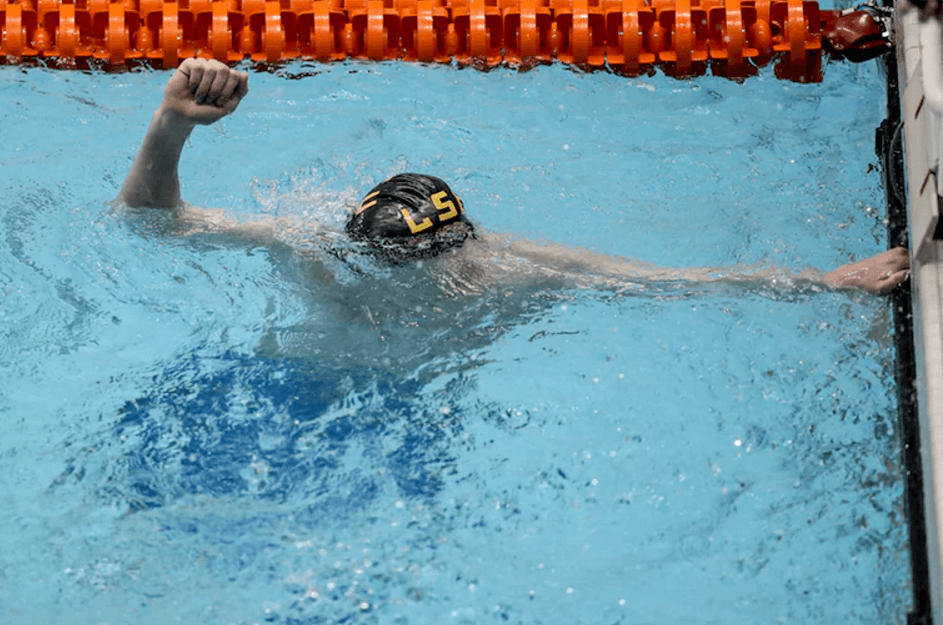 The Georgia Tech swimming and diving teams capped off the weekend with victories over Gardner-Webb, honoring 11 seniors prior to the meet.

SMU held the inaugural meet at their new pool on Friday, November 3rd against LSU. The Tigers dominated the meet, winning a combined 22 of 32 events to win by a combined 140 points.

Dallas, Texas – The LSU swimming and diving team took care of business Friday night, with both the men and women coming out victorious over SMU. The women won 174-126, while the men won 192.5-100.5.

“This was a great opportunity for our program to come to Dallas and open up this facility with a great dual meet,” said LSU head swimming coach Dave Geyer. “I have great respect for Coach Eddie (Sinnott) and Coach Steve (Collins) for SMU and it was a great crowd to break in the pool.”

In the first meet at the new pool, the LSU men won 12 out of a possible 14 events thanks to the performance of nine different student-athletes.

Sophomores Lewis Clough and Karl Luht were the stars of the night for the men, with each earning four victories on the night.

Matt Klotz, a sophomore, picked up an individual win to go along with his victory swimming the anchor leg in the 200-yard medley relay. He won the 50-yard freestyle in 20.53.

Harry Ackland, Thomas Smith, and Jackson Lucas also earned individual victories throughout the meet. Ackland won the 100-yard breaststroke with a time of 56.72, while Smith was victorious in the 200-yard backstroke (1:48.73). Lucas paced the field in the 500-yard freestyle with a winning time of 4:38.56.

“The men came out of the meet firing with a great 1-2 finish in the relay then did the same in the 200 free, 100 breast and 100 back,” noted Geyer. “They were able to keep the momentum going throughout the meet and got our second dual meet win of the season.  Everyone on the men’s team contributed to the victory today which is great.”

The women’s victory was fueled by the performance of junior Summer Spradley, who like Clough and Luht, won four events in the meet.

Two additional female swimmers won multiple events throughout the night. Junior Haylee Knight notched an individual win in the 50 free with a time of 23.60 seconds. Knight and freshman Leyre Casarin joined Spradley on the 400 free relay team. Casarin’s other victory was with the 200 medley relay team.

Kate Zimmer, Helen Grossman, Jane MacDougall, and Grace Horton also won events, clinching the victory for the Tigers. MacDougall won the 500-yard freestyle with a time of 5:03.99, while Horton, Zimmer and Grossman earned gold as a part of the winning relay teams.

“The women’s meet was a great back and forth meet,” Geyer added. “Jane MacDougall really turned the corner for the team getting her hand on the wall first in the 500 for us. That really sealed up the meet moving forward.”

The diving team, with victories in all four events, proved to be a crucial part of the team victories.

Celaya-Hernandez also qualified for Zones with his scores, posting a 426.08 on three-meter and a season-high 384.08 on one-meter.

Sophomore Rileigh Knox and junior Mikayla Robillard also had good performances for the women in the diving well. With their scores, the Tigers took the top three spots in both diving events.

Robillard finished second behind Cui in both events, posting scores of 254.62 on one-meter and 266.25 on three-meter.

For the men, juniors Matthew Phillip and Matt McClellan qualified for NCAA Zones in the three-meter with scores of 335.25 and 320.70. Phillip finished second in the event, and McClellan took home fourth.

“We enjoyed diving in SMU’s brand new facility,” said LSU diving head coach Doug Shaffer. “It was a treat to compete in their nicely designed and well-built aquatic center. On the boards, we performed well, although we have some work to do looking ahead to the Art Adamson Invite later this month. Matt McClellan and Matthew Phillip got their zone scores so all the divers have that out of the way.”

Up next for the Tigers, the Art Adamson Invitational on November 16-18 in College Station, Texas.

Freshman Lauren Thompson and junior El Yellin continued to the lead the Mustangs in distance freestyle events, as Thompson paced the field in the 1,000 free (10:18.42) with Yellin (10:23.01) finishing as the runner-up. Senior Alexandra Manasso was third to complete the sweep. In the 500, it was Yellin (5:05.08) who led the Mustangs, finishing second, with Thompson (5:05.24) third.

Gomez’s time in the 200 fly was under the NCAA B standard, an event he represented the Mustangs in at the 2017 NCAA Swimming and Diving Championships.

The Mustangs are back in action Nov. 16-18 for the Texas A&M Invite in College Station, Texas, and they return home Jan. 5 for dual action versus Missouri.

SMU finally has a new facility worthy of them. They have a great coaching staff so it’s the time for a Mustang swimming resurgence. They’ve been down for a few years. The new pool will change everything.

Down for a few years? They have not been competitive at the NCAA level in at least 10 years with a continued downward trend in placing. They have had the same staff responsible for this trend.