Sjostrom Highlight Of The Night On Day Three In Boras 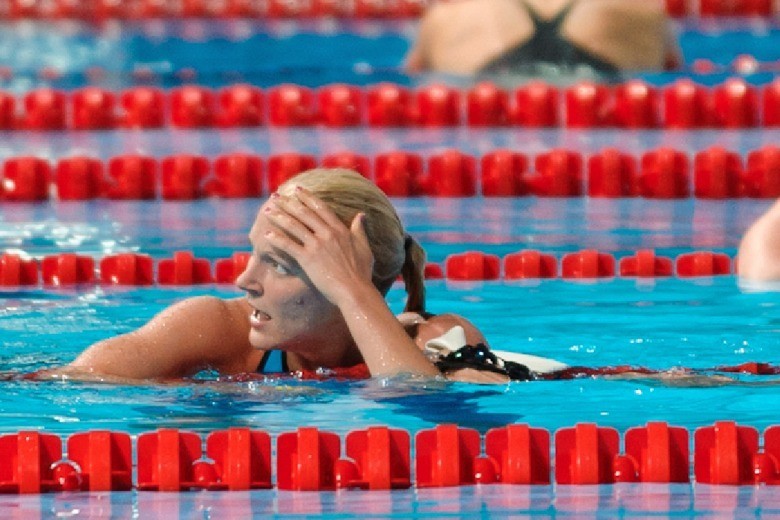 This evening Sarah Sjostrom became the first woman in history to swim under 24 seconds in a textile suit... Current photo via Victor Puig

Sarah Sjostrom took the world by storm in 2009 when she won the 100 butterfly at the World Championships in Rome at the age of 15. It took her until 2013 in Barcelona to once again reach the top of the podium at a major international competition, but since that time there has been no looking back. Heading into the day Sjostrom ranked first in the world in the 50 freestyle, 200 freestyle and 100 butterfly and this evening she became the first woman in history to swim under 24 seconds in a textile suit.

Sjostrom won the women’s 50 freestyle in a time of 23.98 breaking Therese Alshammar‘s meet record of 24.50 set in 2012. Although she does become the first woman to go under 24 seconds in a textile suit she still has yet to match Alshammar’s world record of 23.88, which she set in a polyurethane suit in 2009.

Michelle Coleman finished second in the event with a time of 25.08 followed by Josefin Lindkvist who picked up the bronze in a time of 25.55.

Coleman went on to pick up the gold in the 100 backstroke hitting the wall in a time of 1:01.34. It did not match her season’s best of 1:00.58, which is also the national record, but was fast enough to break Sjostrom’s 2010 meet record of 1:01.74. Ida Lindborg, who kept Coleman from sweeping the backstroke events by winning the 50 on the first evening of competition, finished second in a time of 1:02.24.

She was followed by Therese Svendsen who finished third in a time of 1:03.36.