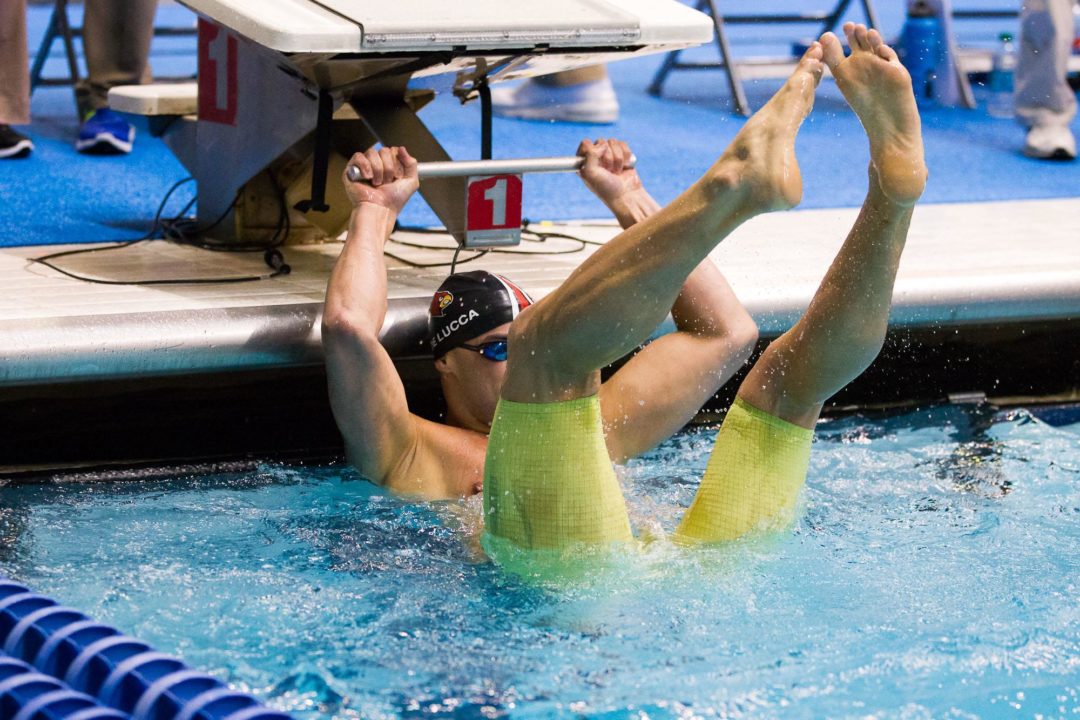 21-time NCAA All-American and former US National team member, Ryan Wochomurka, has been promoted to Associate Head Coach of the Louisville... Archive photo via Tim Binning/TheSwimPictures.com

21-time NCAA All-American and former US National team member, Ryan Wochomurka, has been promoted to Associate Head Coach of the Louisville Cardinals after 7 seasons as the assistant coach. He will also be the men’s recruiting coordinator.

Wochomurka had a great NCAA career while at Auburn University. He was a contributing member of the teams that won the NCAA Team Championships in 2003, 2004 and 2005. A 21-time NCAA All-American for the Tigers, in 2004, Wochomurka was two-time NCAA Champion on the 200- and 400- freestyle relays. He was an 8-time SEC Champion and also held the NCAA records in the 100 freestyle. He was on the US National team from 2002-2004, and he won a silver medal as a member men’s 4×100 freestyle relay at the 2003 FINA World Championships.

Louisville is coming off it’s most successful year in program history for both the men’s and women’s team. The men’s team finished 11th at the NCAA Championships, with two individual NCAA championships from Joao de Lucca in the 100 and 200 freestyles. De Lucca was also the NCAA Champion in the 200 freestyle in 2013. The women’s team had their highest finish at this year’s NCAA championship, finishing 15th as a team.

“Ryan has played a major part in our growth as a program over the last few years, and I am really excited for the direction of our program right now,” said U of L head coach Arthur Albiero. “He has been very loyal to me and to our program, and I am thankful to our athletic director, Tom Jurich and our athletic department for the vote of confidence in our staff and in our program. I am thrilled to be able to promote him. I believe we have a first-class coaching staff.”

“Having Ryan Wochomurka on our coaching staff was a major leap for our program. Ryan’s experience as part of the US National Team and also as a member of the NCAA Championship team at Auburn, added a great competitive edge to our program at UofL. He is a proven winner,”