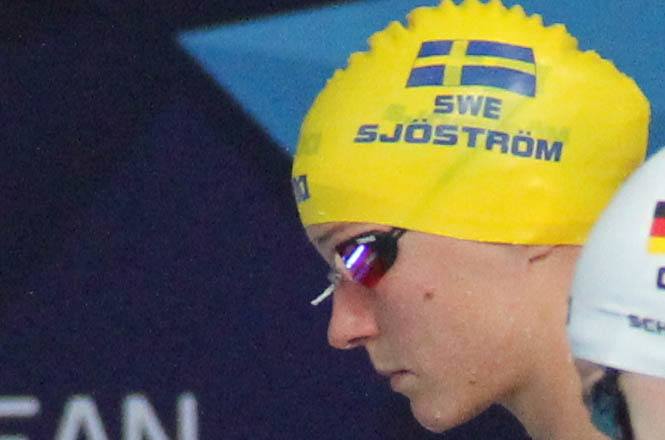 Sarah Sjostrom swims a casual 1:55.39 to put up her best 200m free time of the season in Stockholm. Archive photo via Giusy Cisale swimswam.com

Olympian Erik Persson powered his way to the top of the podium in the men’s 200m breast tonight, stopping the clock in a time of 2:08.75. That’s slightly under a second off of his own Swedish National Record of 2:07.85 that’s been on the books from this same meet two years ago.

At the 2018 European Championships, Persson only mustered a time of 2:10.25 to take 8th in the final, so tonight’s outing laid waste to that performance, ranking him 11th in the world this season.

Behind Persson tonight was German world champion in this event from 2015, 29-year-old Marco Koch from Germany. Koch produced a silver medal-garnering effort of 2:08.80, just .9 slower than his 2:08.72 from last week’s Bergen Swim Festival that keeps him ranked 9th in the world.

Bronze this evening went to Maximilian Pilger, also from Germany, who hit a new personal best of 2:09.87. His performance now ranks as his first time under the 2:10 threshold, with his previous PB resting at the 2:10.43 from the 2018 Berlin Open.

Sarah Sjostrom was already on the world rankings board with a bit 1:55.44 200m freestyle swim at the Helsinki Meet, the first stop along the 3-meet Nordic Tour which ends with this meet. The Olympic multi-medalist managed to slice .05 off of that previous monster mark to register a winning time of 1:55.39 tonight for gold by a large margin.

Tonight Sjostrom followed up her 2free with a big-time 25.34 to take the women’s 50m fly over Denmark’s Emilie Beckmann. Beckmann notched 25.89 for silver, while Kimberly Buys took bronze in 26.39.

Beckmann already nailed a World Championships qualifying mark with the 25.89 she put up at the Danish Open.

Sjostrom remains #1 in the world.

Germany collected gold in the form of Florian Wellbrock‘s winning mark of 3:45.59 in the men’s 400m freestyle. Despite earning lane 4 with a morning effort of 3:47.98, Sweden’s Henrik Christiansen fell to 3rd tonight, with Wellbrock and Lithuania’s Danas Rapsys finishing ahead of him.

The 3-way battle to the wall rendered season-best times for each man, with Wellbrock now sitting 6th in the world, Rapsys 8th and Christiansen 9th.

Not that she will swim it at the Worlds but she was definitely looking for something more in the 200. Was well ahead of Titmus WL time at the 100 mark and in PB range at 150. She ultimately needed a closing 29 flat split(Titmus was 29.02) but was over 30.

Just wanted to mention that many results by german swimmers in your rankings are from 2018. The likes of Muhlleitner, Zellman or Kohler. Kohler didn’t swam a 15:57 in 2019.

This applies to other swimmers as well. These rankings always look at the season, in this case 2018-2019.

Do it better yourself.

are you out of your mind?? is my post critical in any way? In an earlier edition of the article the wording was “patiently waits for her time in 50 fly” and I provided it before the article got updated. No need to go trolling Lille.

Sounds wired to say but her stroke and underwater looked off. Post race she said that her timing is off right now, she still swam fast enough to win.

Incredible! She also got some involuntary gulp of water the first 50 and said it was difficult to recover after.