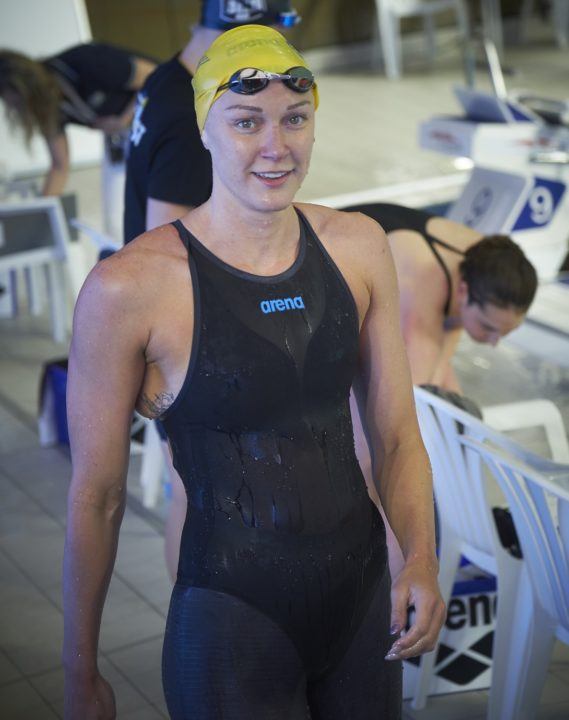 The 3rd and final stop of the 2019 Nordic Tour will get underway in Stockholm tomorrow, with elite swimming stars from around the world convening on Eriksdalsbadet for the 5-day affair Archive photo via FLSN - Luxemburg Swimming Federation

Georgia sophomore Luca Urlando (above) posted the nation-leading time in the 100 back on Saturday against South Carolina.

The 3rd and final stop of the 2019 Nordic Tour will get underway in Stockholm tomorrow, with elite swimming stars from around the world convening on Eriksdalsbadet for the 5-day affair. The previous two stops of the Tour took place in Helsinki and Bergen over the past couple of weeks, but this time around we’ll see some additional international competitors join the field.

Danish swimmers are able to use this Swim Open Stockholm as an additional qualifying opportunity for this summer’s World Championships. As such, we’ll see Signe Bro, Emilie Beckmann and Amalie Mikkelsen among the Denmark contingency.

They’ll be joined by Germans to the tune of Alexandra Wenk, Christian Diener and Angelina Kohler. Poles will also be in attendance, so look for Konrad Czerniak and Radoslaw Kawecki to shake things up.

Tomoe Hvas of Norway, Thomas Fraser-Holmes of Australia, Katinka Hosszu of Hungary and Danas Rapsys of Lithuania are all listed on the entries, along with a big Swedish line-up. Big guns Sarah Sjostrom, Michelle Coleman and more will vie to defend their home turf.