Sjostrom and Koch Highlight a Strong Field Competing in Stockholm 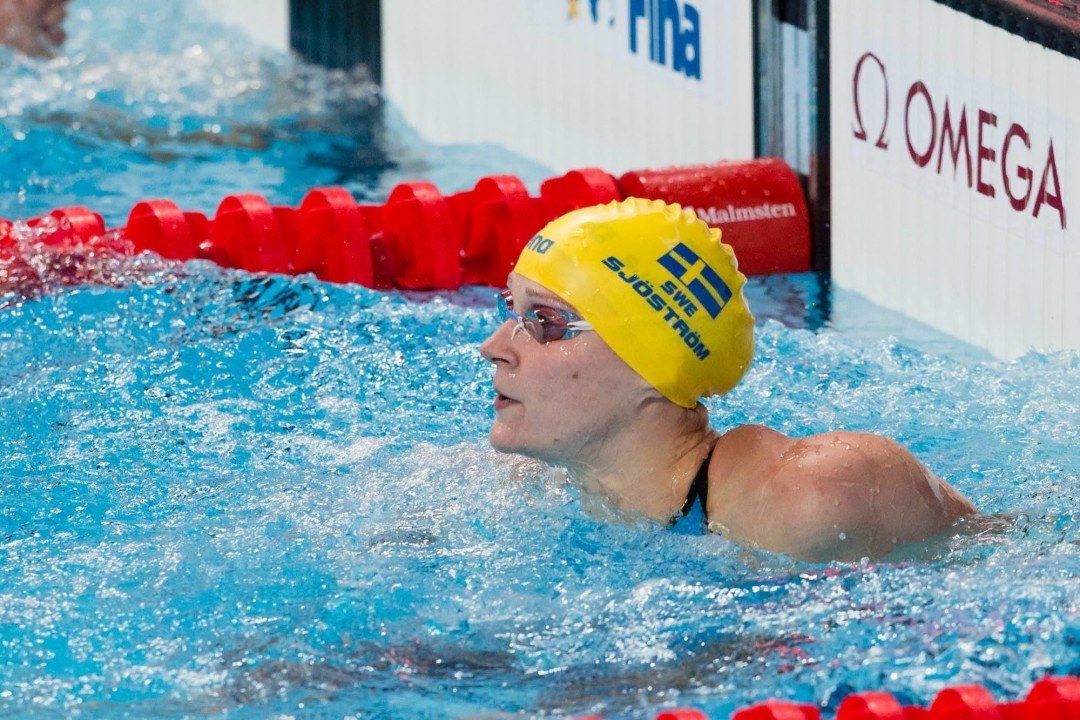 Swedish star Sarah Sjostrom will be swimming the 50 and 100 butterfly as well as the 50, 100 and 200 freestyle. Sjostrom has already had some extraordinary results in 2016 putting up the fastest times in the 50 (25.18) and 100 butterfly (56.38) and 50 freestyle (24.17) all times that would have finished in the top two of last year’s World Championships. Dependent on where she is in her preparation we could see some outstanding performances by the Swede on home soil.

Sjostrom looks to be a lock in all five events with her biggest competition in the 50 butterfly being fellow Swede Therese Alshammar and her strongest challenge in the 50 and 100 freestyle coming from Aliaksandra Herasimenia of Belarus.

The women’s breaststroke events will be highlighted by Olympic champion and world record holder Ruta Meilutyte, Turkish youngster Viktoria Zeynep Gunes, Moniek Nijhuis of the Netherlands and Jenna Laukkanen of Finland. This will be Meilutyte’s second competition since suffering a fractured elbow in September. She had a very successful return to competition at the Edinburgh International where she recorded the second fastest 100 breaststroke of the 2015-2016 season with only Yulia Efimova, who recently failed another drug test.

The men’s sprint freestyle should be tightly contested races with Russians Evgeny Sedov and Andrey Grechin and Italian Marco Oris all being entered in both the 50 and 100 events. One swimmer to watch will be Ari-Pekka Liukkonen of Finland who had a fantastic Finnish Championships last weekend. Liukkonen set a new national record in the 100 freestyle posting a 49.44 and then proceeded to put up a split of 48.82 in his team’s 4 x 100 medley relay. During the competition he commented that he was focusing more on the Stockholm Open than he was on the national championships.

World Championship silver medalist Radoslaw Kawecki is the class of the field in the 100 and 200 backstroke, but should be challenged by several swimmers in the 50 meter distance.

The Swedes will taper for this meet, euro champs will be not be prioritized for those going to the Olympics.