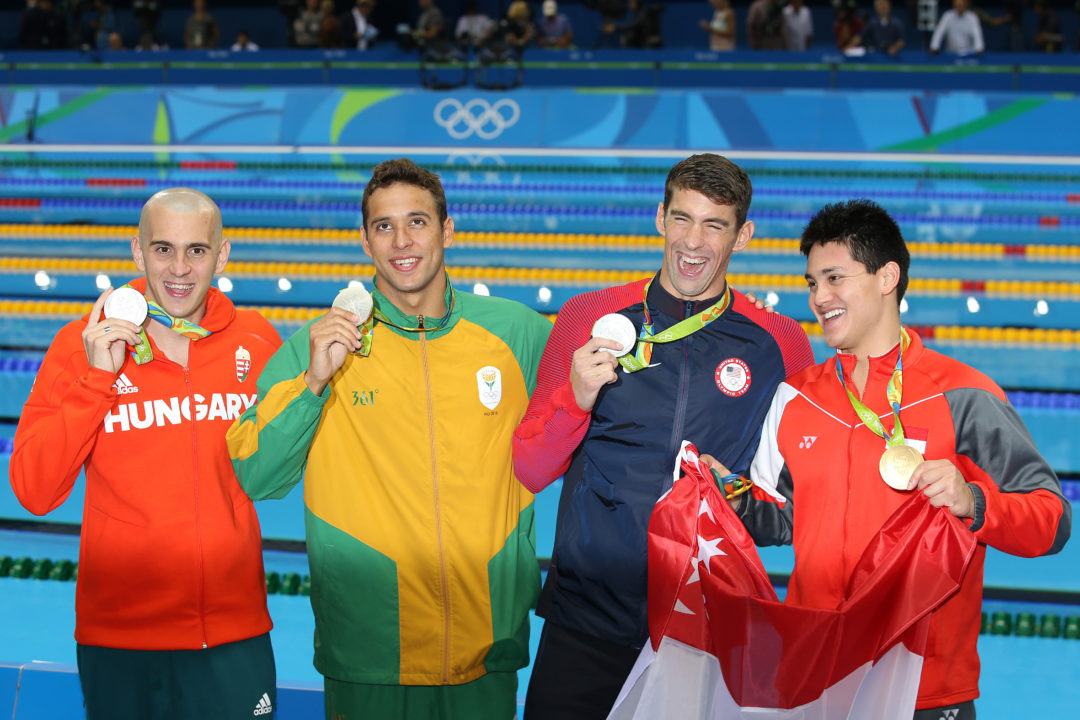 Singaporean Olympic champion Joseph Schooling was handed an extension of his National Service deferment today that will allow him to train through the 2020 Tokyo Olympics to defend his title in the men's 100 fly. Current photo via Simone Castrovillari

Singaporean Olympic champion Joseph Schooling was handed an extension of his National Service deferment today that will allow him to train through the 2020 Tokyo Olympics to defend his title in the men’s 100 fly.

Last week in Rio, Schooling became Singapore’s first ever Olympic gold medalist in any sport when he swam a new Olympic Record time of 50.39 to touch the wall first ahead of the 2nd place trio of Michael Phelps, Chad Le Clos, and Laszlo Cseh, who all tied for the silver medal in 51.14. Schooling’s time was also the fastest textile swim in history.

Singapore requires a mandatory two-year period of military training from all male residents who were born in the country once they’ve turned 18, meaning the now 21-year-old Schooling would have begun his National Service in 2014. However, with the help of his parents May and Colin, Schooling was allowed to defer his duties until after the Rio 2016 Olympics.

Singapore’s Ministry of Defence granted their deferment request, as Schooling was a potential medal winner at the Olympics. In order to attain deferment of National Service, Singaporean athletes have to show why deferment is necessary for the athlete to be able to train and compete successfully at international competitions.

The extension on Schooling’s National Service deferment will allow him to postpone his military obligation until after the 2020 Olympic Games in Tokyo. Schooling will now be able to return to the University of Texas, where he’ll begin his junior season in the NCAA with Head Coach Eddie Reese and the defending national champion Texas Longhorns.

Maybe even quite literally

Wonder what he would have done in the 200 fly had he swum that event – by Tokyo he could well be a medal favorite in both fly events, and a contender in some other events (100, 200 free?).

I think he would have finaled but not sure about a medal. I think that staying a bit more fresh helped him and in hindsight looks like a great decision.

He can just keep getting deferments and by the time he is done swimming they may not want him anymore.