Should I Be Going to Practice If I Am Sick? 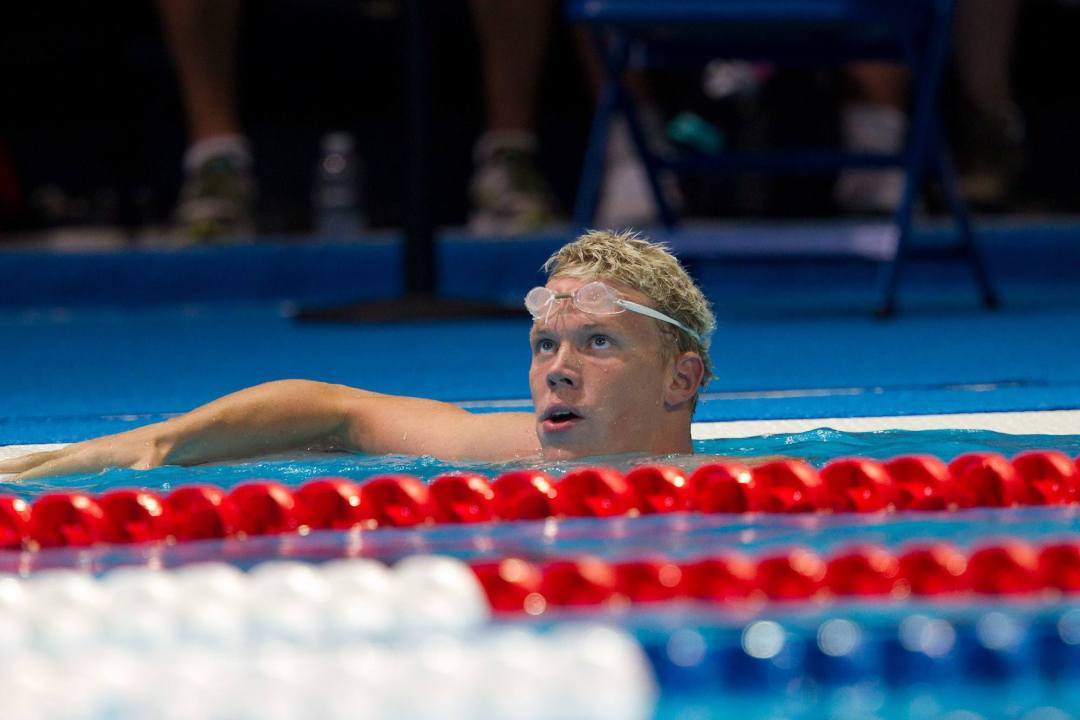 It's almost the holidays! You know what that means-- watching Elf a hundred times, holiday training camp, and getting sick. Here is what you need to know about training while sick. Current photo via Tim Binning/TheSwimPictures.com

The holidays are here, and you know what that means! Holiday training camp, watching Elf on repeat, and of course, getting sick!

Swimmers have it twice as bad this time of year. Not only is it cold-and-flu season for everyone else, but we are gearing up to do some of our hardest training of the year, a period that leaves us more susceptible to illness. In fact, a French study found that top swimmers were 50-70% more likely to fall ill during heavy bouts of work in the pool.

The 1-2 combo is leaving many swimmers  sidelined and wondering whether they can train or not. Or rather, whether they should be training or not.

The answer isn’t clear cut, and depends on the severity of the symptoms you are experiencing. Ebola? Yeah, you should be probably staying home. Common cold? That’s where things get tricky.

Is training while I am sick dangerous or going to make me sicker?

Again, it depends on the type of symptoms you are showing, but some research done at Ball State on the most frequently contracted form of the common cold (rhinovirus-caused upper respiratory illness) found that exercise of mild intensity didn’t change the severity or duration of the cold, either for worse or for the better.

Thomas Weidner, Ball State’s head of athletic training, performed research where he (rather controversially) inoculated a group of otherwise healthy subjects with the common cold and found that moderate exercise (duration and intensity: 40 minutes at 70% max heart rate) actually helped participants feel better even if the symptoms didn’t actually decrease (or increase, it should be added).

Weidner’s rule-of-thumb is if your symptoms are “above the neck”—runny nose, congestion, sore throat—you are most likely safe to perform some mild intensity exercise.

In another study done by Dr. Neil Walsh at Bangor University, he found that the oft-cited advice that a sick athlete should not engage in high intensity training as it is thought to suppress immune function (and thereby increase the duration of the illness) is misguided.

Subjects who performed 30 minutes of treadmill running at approximately 80% intensity were shown to have no decrease of immune response, while subjects who did two hours of slow paced exercise did experience a decline in immune function.

Between the two studies we can consider that doing some form of exercise is not going to effect the immune response of an athlete with a common cold, regardless of whether the exercise is high intensity or not, simply as long as the effort is not carried out over an extended period of time. (A theory for why extended exercise impacted the immune system was that blood stress hormones—cortisol being one of them—act to briefly disrupt the immune response.)

But should I be swimming?

Well, this is where things get muddy.

I know there are swimmers out there that will go to practice regardless of how they are feeling (there was one such gentleman at the YMCA yesterday, who I overheard unleashing mucus tornadoes into the water), and there are also coaches who won’t accept anything short of a missing limb as an excuse to miss a workout.

We have all had swimmers on our team or in our group that persisted with showing up to workouts even though they were sneezing and hacking their brains out. While it is a bit of an unspoken and disgusting reality that swimmers do in fact urinate in the pool, it is quite another thing to have a lane-mate blowing his nose into the gutter or in the water mere feet from you.

Simply because research has demonstrated that you won’t get sicker, and although the chlorine in a properly-treated pool should kill the mucus flying out of your nose, doesn’t mean that you should be going to practice and using the pool as a Kleenex.

You Canadians… We watch A Christmas Story on repeat here in ‘murica!

When my son has a cold, he usually feels best after swim practice. The flip turns are painful with a head cold but nothing like a good chlorine sinus rinse at the expense of the other team mates.

“At the expense of the other teammates”??

What an incredibly selfish statement.

FLEET – while I agree with you in principle…I had a swimmer whose mother informed me last Friday that after having already missed a week of practice with the flu, she was intending to miss another week as well.

Two weeks for the flu, including one of them granted pre-emptively.

And then when she’s way, way behind upon return, guess whose fault it’s going to be?

I hear you, and I understand it is frustrating as a coach (I am one too) to have athletes held out by parents for any reason. And two weeks seems pretty long for those quick-recovering kids. But if a child truly has the flu, swimming though it or returning before they are healthy again can be devastating and prolong their return further.

And how about impact to your team? Nothing like getting a wave of flu running through your team in Dec or January. This year’s strain seems particularly nasty — I’ve had it myself.

Some athletes bounce back quicker than others. As coach, I won’t hesitate to send a swimmer home if she is ill. However,… Read more »

You have never left the house with a cold. Sorry I’m not buying it.

Genius quote. I will remember that.

What you are not addressing is impact on others. My daughter now sick because people coming to workout sick. And it’s champs weekend. Is that really fair to others

Actually that should be the main issue. It ticks me off that some are so selfish to expose their illness to others. And these clueless parents who send their kids to practice with colds and flu? You mean little Bobby can’t sit out one or two practices to keep the whole team from going down?

I work in an environment where I am in contact with a lot of athletes, and I have seen how just a couple sick individuals can bring down everyone.

If you are sick, STAY HOME. You want to work out? Do it somewhere AWAY from others, or don’t do it at all. Your Olympic dreams can wait one more day.