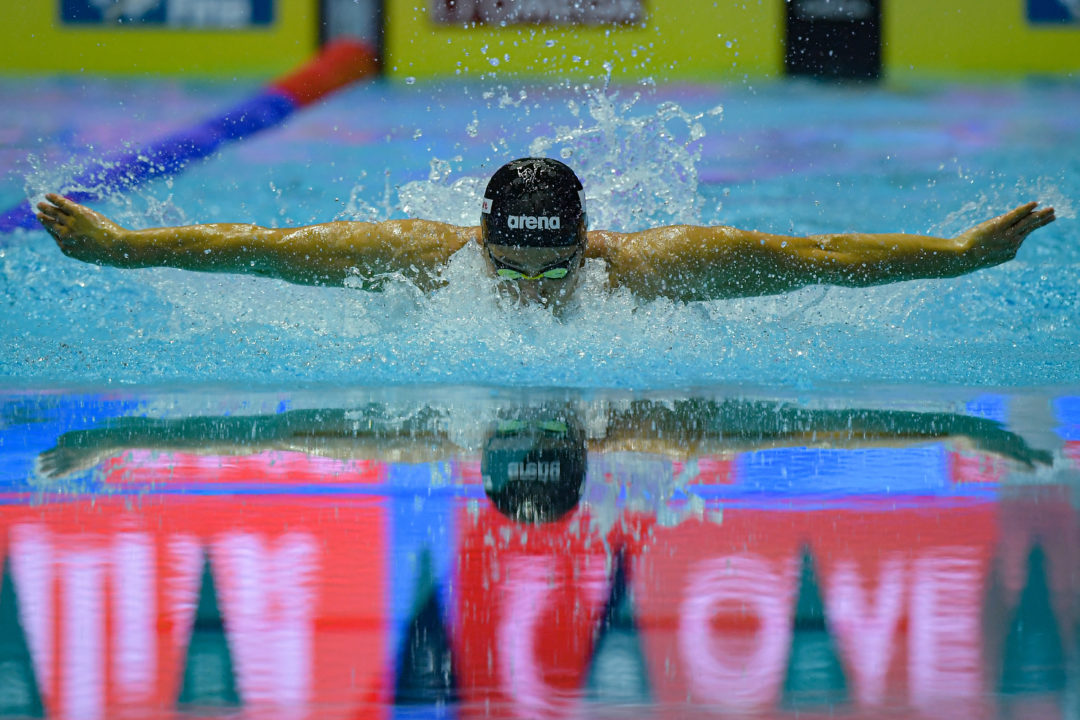 Two-time world champion from Gwangju, Daiya Seto, was one of several elites who raced at the 92nd Waseda/Keio University battle in Tokyo. Archive photo via Gian Mattia D'Alberto - LaPresse

The 92nd edition of the aquatic battle between Japan’s Waseda and Keio Universities took place today, August 28th, at Tokyo’s Tatsumi International Swimming Centre. Although the one-day affair was held sans spectators, plenty of action kept things interesting for those watching the live stream from home.

In addition to current student-athletes competing, such as World Junior Record holder Shoma Sato representing Keio, several alumni were in the mix to put on a show. Former world record holder Ippei Watanabe, national record holder Katsumi Nakamura and two-time world champion from Gwangju, Daiya Seto, were among them.

Waseda topped the overall battle at least in the swimming events at the end of the day, but here are highlights from both sides from this exciting annual dual.

Really hope Seto can get back his 1:56 form again

As one of the worlds biggest “JEAH” lochte fan, it goes without saying that Seto would have absolutely wiped the floor with the IM competition this year, and likely won silver 200 fly assuming Milak went within a second of his WR. Definitely hope that he’ll be in a similar form next summer. In ten years, this summer will definitely be up there with 1980/84 for bad times to athletically peak

Also sad that he has no one to push him in the IMs like the Lochte/Phelps rivalry. Chase is not in the picture anymore. It’s just Seto and the WR line.

Where have you gone, Joe DiMaggio? A nation turns its lonely eyes on you.