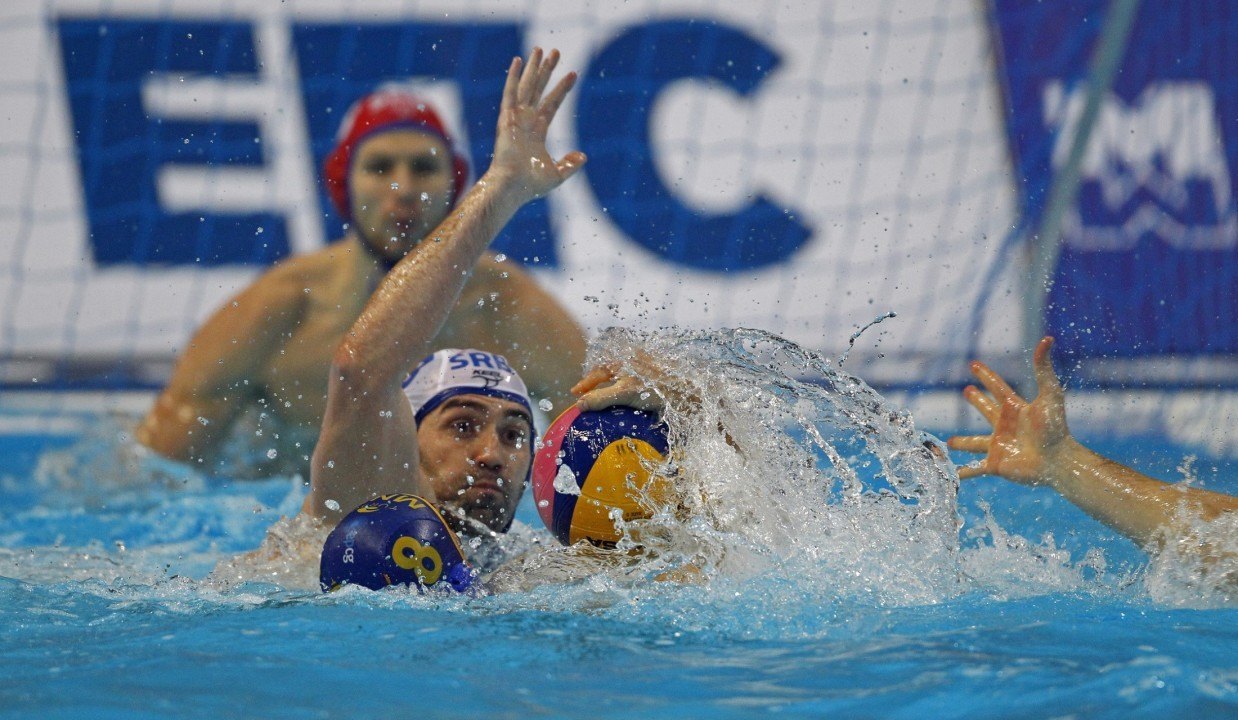 Serbia proved too much for their former countrymen in front of a home crowd of 16,000 Current photo via Dusan Zivkovic/Belgrade2016

It was a competitive and back and forth match that came down to the final minutes, but ultimately Serbia outlasted their former countrymen from Montenegro to take the European water polo championship. The match was played in front of a full house of 16,000 spectators in the Serbian capital of Belgrade. Serbia won by a final score of 10-8.

Montenegro actually held a lead halfway through before Serbia knotted it up in the third quarter. After three Serbian goals to start the fourth, Montenegro was able to get the score back to 9-8 with just two minutes left.

With Montenegro playing everyone forward in order to get that final goal, Milan Aleksic was able to put the nail in the coffin on a counter attack with just :26 left.

Montenegro had made it into the final on the backs of strong defense and sharp goalkeeping from Milos Scepanovic. While they were able to limit Serbia to just 17 shots on goal, 10 of them made it through. On the other side, Montenegro was only able to put 13 shots on goal.

Serbia’s depth really shined in this match, as two bench players notched two goals a piece. Milos Cuk was a perfect 2/2 in just 14 minutes, while the aforementioned Aleksic did the same albeit with a lower percentage.

For Montenegro, the silver medal represents their fourth international medal since forming a national team in 2006. They had previously won the 2008 European Championship and taken a silver medal in Europe in 2012 to go along with silver at the 2013 Worlds.

Serbia won the last two European Championships and were favored in the final. Many of these players were veterans of one if not two of those championships. That experience showed as the veteran squad never panicked despite trailing for so long.

CONGRATS TO BOTH SERBIAN TEAMS!! ONE WON THE GOLD THE OTHER SILVER!!