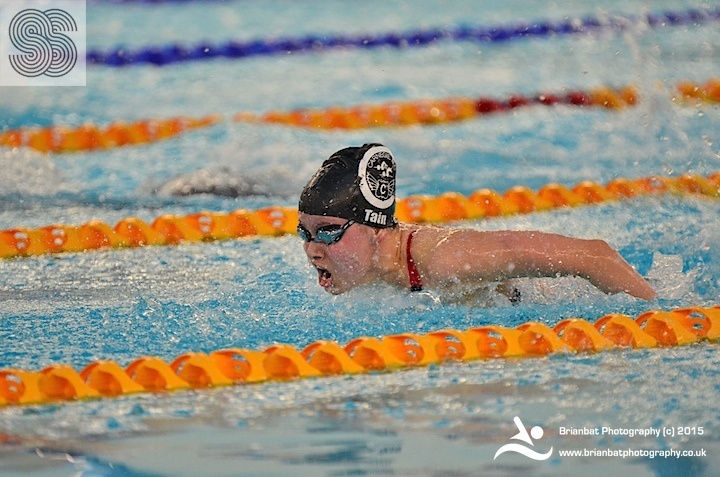 Tain Bruce is among those Scottish swimmers selected for the 2015 Commonwealth Youth Games. Archive photo via Courtesy of Scottish Swimming/Brianbat Photography

Commonwealth Games Scotland (CGS) has just announced its six-member squad set to compete at the 2015 Commonwealth Youth Games in Samoa.  Swimming is just the second Scottish sport to complete its selection process for the Games, which are slated to take place September 5-11, with swimming events competing within the Tuana’imato Sports Facility in Samoa’s capital Apia.

The Commonwealth Youth Games has historically been a platform off which significant Scottish talent has leaped into their elite careers.  Alumni of the event include Hannah Miley, Robbie Renwick and Craig Benson, which serve as inspirational role models for the younger generation.

Tain Bruce, the 16-year-old who recently swept Miley’s 200m IM age group mark off the record books, will compete in the 100m/200m butterfly races in addition to the grueling IM event.  On her selection, Bruce says, “It is an honor to be selected for Samoa 2015. It has always been a goal of mine to represent my country and I feel privileged to be able to make my debut in such a beautiful country.”  She continued, “these Games are the perfect opportunity for my long-term development as an athlete.” (Scottish Swimming)

Alan Lynn, National Coach for Scottish Swimming said: “Congratulations to the swimmers on their selection. As a first multi-sport Games experience, the Commonwealth Youth Games is a fantastic event to learn about the challenges of being part of something bigger than your sport.” (Scottish Swimming)