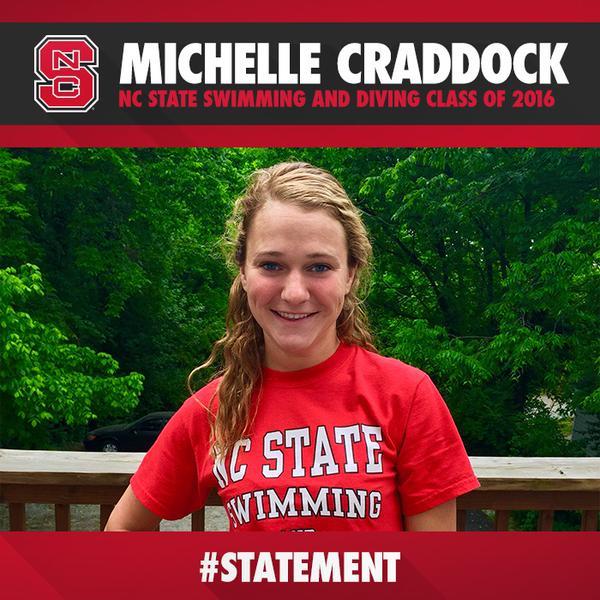 Michelle Craddock is one of the best swimmers emerging from the fallout of Western Kentucky's 5-year program suspension. Current photo via North Carolina State Athletics

Craddock is the first swimmer with a varsity letter at Western Kentucky whose transfer we’ve reported, though Zach Apple and Asia Quentin, both of whom had signed National Letters of Intent, have announced new choices.

She will join an NC State freestyle group that is among the hottest in the nation and will have to battle for relay spots as a senior. The Wolfpack return their top six 100 freestylers (all 50.00 or faster) and all ten swimmers who flat-started the 200 free for them last season. If Craddock continues to swim well (she went best times in the 50-100-200-500 freestyles as a junior last season), she should earn a spot immediately on the team’s 800 free relay – she would’ve ranked 2nd among Wolfpack women in the 2014-2015 season in that event.

The most recent transfer was one of the biggest pieces of the Western Kentucky fallout that was being watched nationally, but there’s still a few impact swimmers that have yet to announce their decisions publicly. A list of some of the highlights, including number of years of eligibility expected, is below: