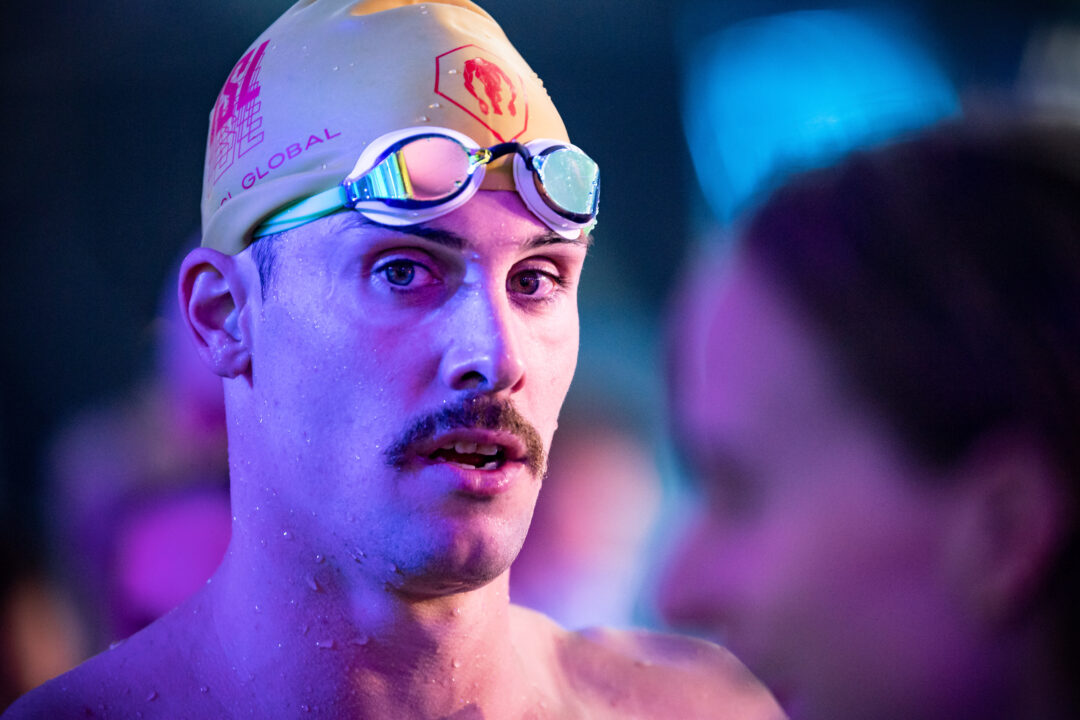 While competing on day 1 of the FINA World Cup, Fabian Schwingenschlogl put up a new lifetime best and German national record in the men's 100m breaststroke. Archive photo via Giorgio Scala / Deepbluemedia / Insidefoto

While competing on day 1 of the FINA World Cup stop in Budapest, Hungary, Fabian Schwingenschlogl put up a new lifetime best and German national record in the men’s 100m breaststroke.

After establishing himself as the 2nd fastest swimmer out of the heats with a morning swim of 57.82, 30-year old Schwingenschlogl leveled up for the final, ultimately getting to the wall in a mighty 56.64. That garnered him the silver medal behind winner Arno Kamminga of the Netherlands who threw down a time of 56.08 for the win.

He competes for the Toronto Titans in the International Swimming League (ISL) and will be competing in the playoffs next month in Eindhoven.

From nearly being fabio to nearly having swimming in his name, my gosh I love this name

Whether it’s the name or the ‘stache — how can you not love this guy?

I remember a Brazilian narrator trying to talk Fabian’s surname…priceless!