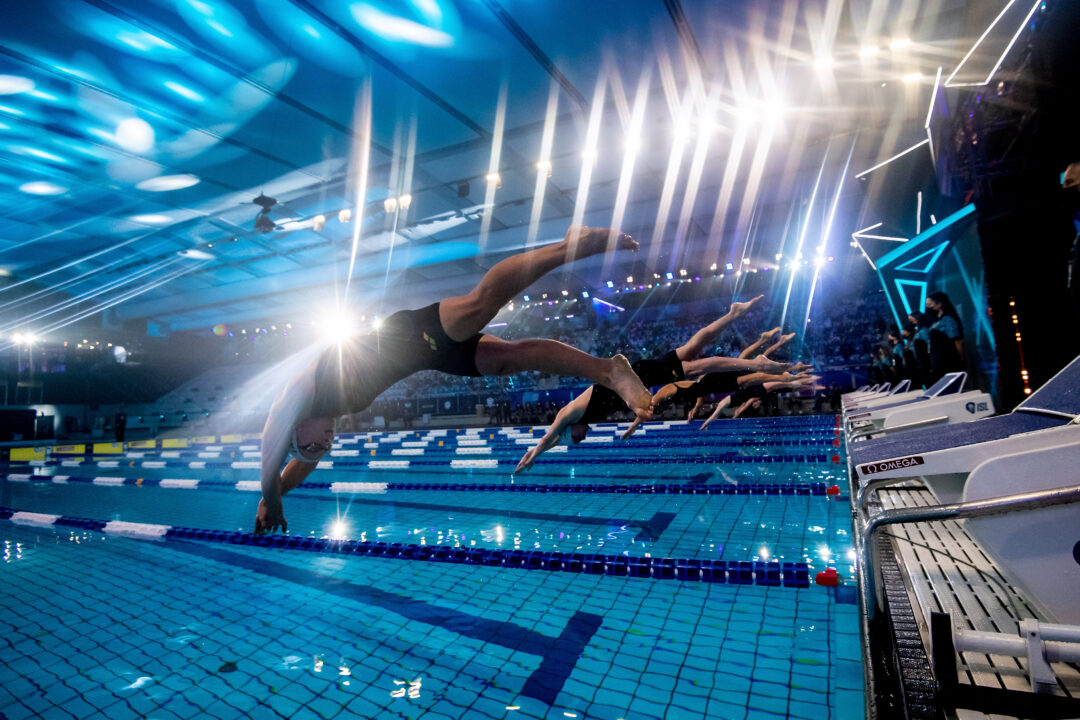 Swiss ace Maria Ugolkova fired off not one, but two national records on the first day of the FINA World Cup stop in Budapest, Hungary. Archive photo via Giorgio Scala / Deepbluemedia / Insidefoto

Swiss ace Maria Ugolkova fired off not one, but two national records en route to capturing two golds on the first day of the FINA World Cup stop in Budapest, Hungary.

First, in the women’s 200m butterfly, 32-year-old Ugolkova got to the wall in a time of 2:06.44, getting under the 2:07 threshold for the first time in her career. Entering this meet, Ugolkova’s career-quickest was marked by the 2:07.25 she logged as a member of Team Iron during match 10 of the International Swimming League’s regular season.

However, tonight, splitting 59.42/1:07.02, Ugolkova beat out host nation swimmer Zsuzsanna Jakabos, as well as USA young gun Tess Howley for the win, with the runners-up hitting times of 2:06.52 and 2:06.67, respectively. Ugolkova’s time out-performed the previous Swiss national standard of 2:06.75 Martina van Berkel put on the books way back in 2011.

Ugolkova’s previous personal best rested at the 59.29 she produced at the 2019 European Short Course Championships, so tonight marks the first time she got under 59 in her career.

Congrats, Maria! Awesome swimming … we love watching you have fun out there and breaking those records!