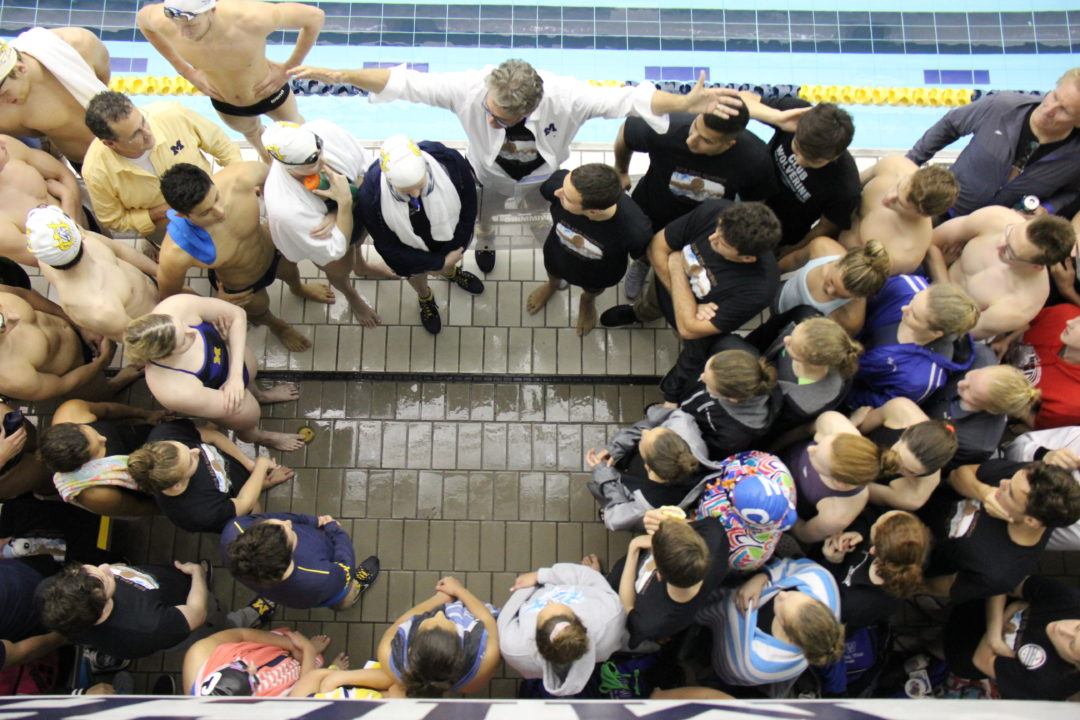 The final day of the 2018 Eric Namesnik Memorial Open saw Club Wolverine teammates Sierra Schmidt and Felix Auboeck produce some impressive in-season swims in the distance events, along with some exciting races across the board.

In the men’s mile, Auboeck chopped over 26 seconds off his season best from Indianapolis in 15:17.72, putting him three seconds ahead of where he was at this meet last year. Will Roberts had the second fastest swim of his life for 2nd in 15:50.36.