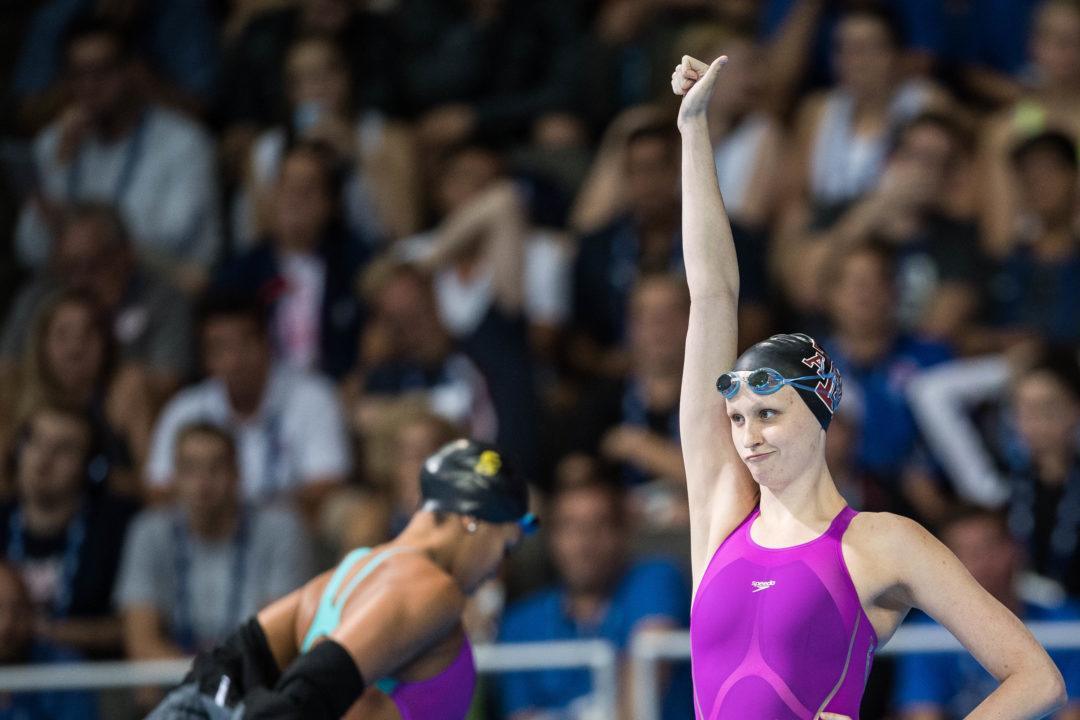 Texas A&M women won the meet comfortably, but the Arizona State men came from behind on Day Three to claim the title from LSU and Texas A&M. Current photo via Mike Lewis/Ola Vista Photography

ASU men won the 400 Medley Relay with an “A” cut time of 3:07.20 which is the fastest college time to date according to College Swimming

The A&M women look deep. If I counted correctly, they had 20 swimmers swim at least one NCAA B-Cut at this meet alone.