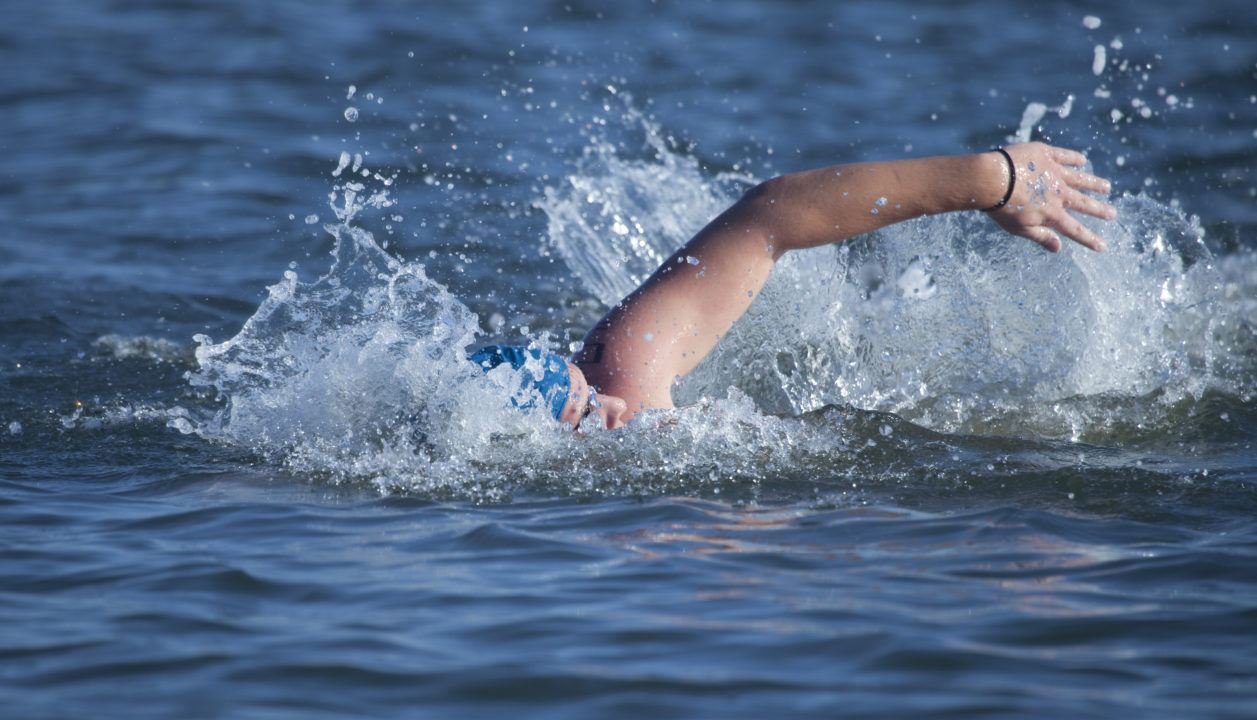 Sam Poulsen became the 25th woman in history and 68th person overall to complete the 21-mile swim across the North Channel from Ireland to Scotland. Current photo via Open Water Planet

Sam Poulsen, a physiotherapist from London, became just the 25th woman in history and 68th person overall since 1947 to complete the 21-mile swim across the North Channel from Ireland to Scotland.

The 28-year old Poulsen finished the swim in 11 hours and 12 minutes despite facing lions mane jellyfish and water temperatures of 13 degrees celsius (55.4 farenheit). Lions mane jellyfish, the largest known species of jellyfish in the world, have up 1,200 tentacles and deliver a sting that can be very painful for humans.

The 21.6 mile swim was first completed in 1947 by England’s Tom Blower, who finished in 15 hours and 26 minutes. The first woman to make a successful trip across the channel was London’s Alison Streeter in 1988. Streeter has made the swim three times (also 1989 and 1997).

Poulsen is the third woman to complete the swim in 2019, following Americans Catherine Breed (June 25) and Susan Knight (July 11). Turkey’s Kamil Resa Alsaran is the only man to have made the swim in 2019.

Poulsen told the Evening Standard that “while she had perfect conditions, it was mentally tougher than the English Channel crossing,” which she made in 2018 in 12 hours and 40 minutes.

Once in the water, the swimmer is not allowed to have physical contact with their crew or the boat. Poulsen reportedly had messages of encouragement written on a chalkboard for her to read from the water throughout the race and had her mother swim the final part of the channel alongside her.