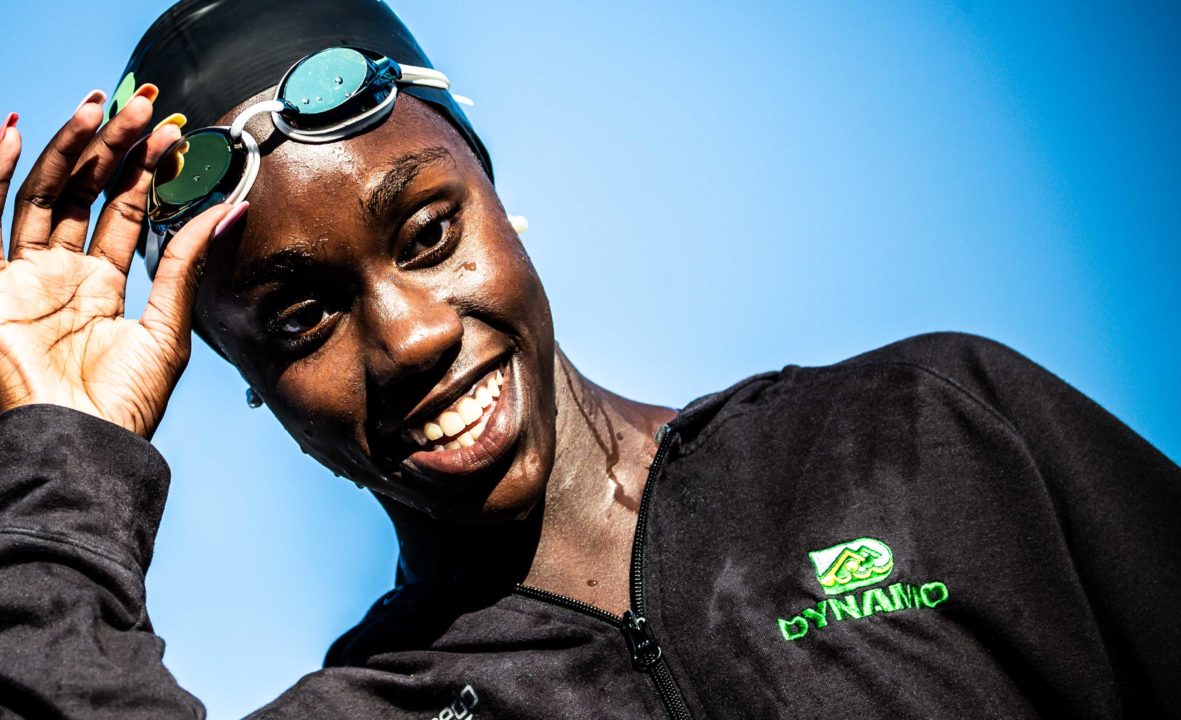 Rye Ulett was scheduled to arrive at Louisville next fall, but made a surprise debut last week at Indiana. She's already making a big impact. Archive photo via Jack Spitser/Spitser Photography

While the men’s outcome is similar to what we saw last season, the women’s outcome was a dramatic swing from last year, where it was Kentucky who won, by 101 points. In fact, the Kentucky women entered this meet on a 4 meet winning streak in the series.

The big surprise of the meet came in the 200 backstroke, where Louisville Freshman Rye Ulett set the school record (1:53.22) en route to taking second to Kentucky’s Sophie Sorenson (1:52.11).

Rye Ulett, whose older sister Tristen is a sophomore at Louisville, was scheduled to arrive next fall. Instead, she has arrived on campus and made her Louisville debut this semester. She’s now essentially qualified for the NCAA Championships already, and with times already in NCAA scoring range, that’s a big boost for the Cardinals mid-season.

The previous 200 backstroke record was 1:53.61, which was set in 2016 from Alina Kendzior. At Speedo Winter Junior National Championships East in December 2021, Ulett touched at 1:53.04 seconds in the 200 backstroke. Her best time came from the March 2021 Southern Premier meet at 1:51.84 – though doesn’t count as a school record because it was before she enrolled at Louisville.

The meet’s other headliner was Louisville’s Liberty Williams winning the 1,650 freestyle in a record-setting time of 15.53.60 seconds. The previous record was 16:00.78 seconds set by Sophie Cattermole in 2018. This time also ranks her 3rd in the NCAA this year.

Most recently at the Purdue Invitational, Williams posted a 16:36.31 seconds in the mile. Williams was 43 seconds faster that this meet than at the team’s mid-season invite, which was indicative of her team’s performance at this meet.

Williams was identified as a swimmer mid-season who was expected to qualify for NCAAs, but who hadn’t so far. With this meet, she’s now a lock for the NCAA Championships.

Whoever is in charge of the UK mens team should lose their job yesterday.

UL must be in win now mode! Rye will carry them to the promised land!

her manicures are on point tho.