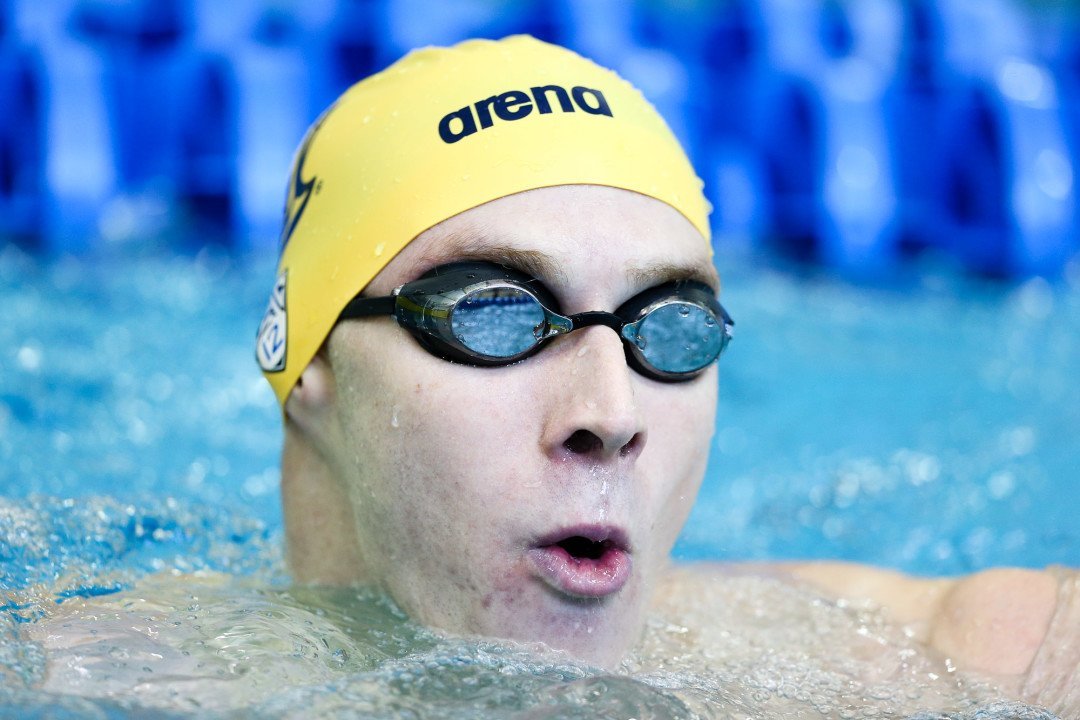 The Pac-12 Conference has announced Ryan Murphy as its 2016 men’s Swimmer of the Year after winning two NCAA titles, breaking... Archive photo via Tim Binning/TheSwimPictures.com

The Pac-12 Conference has announced Ryan Murphy as its 2016 men’s Swimmer of the Year after winning two NCAA titles, breaking two American, NCAA, and U.S. Open Records (including the 100 backstroke twice), and winning his third-consecutive NCAA titles in the 100 and 200 yard backstrokes.

One day after setting the American, NCAA and U.S. Open record with a 43.51-second backstroke leg in the 400 medley relay at the NCAA Championships, Murphy broke his own record in the same event with a time of 43.49. Murphy then broke his own American, NCAA and U.S. Open records in the the 200-yard backstroke as well with a winning time of 1:35.73. The 2014 Pac-12 Men’s Swimming Freshman/Newcomer of the Year helped Cal extend its streak of having finished first or second at the NCAA meet every year since 2010.

Other men’s athlete awards given out by the conference: