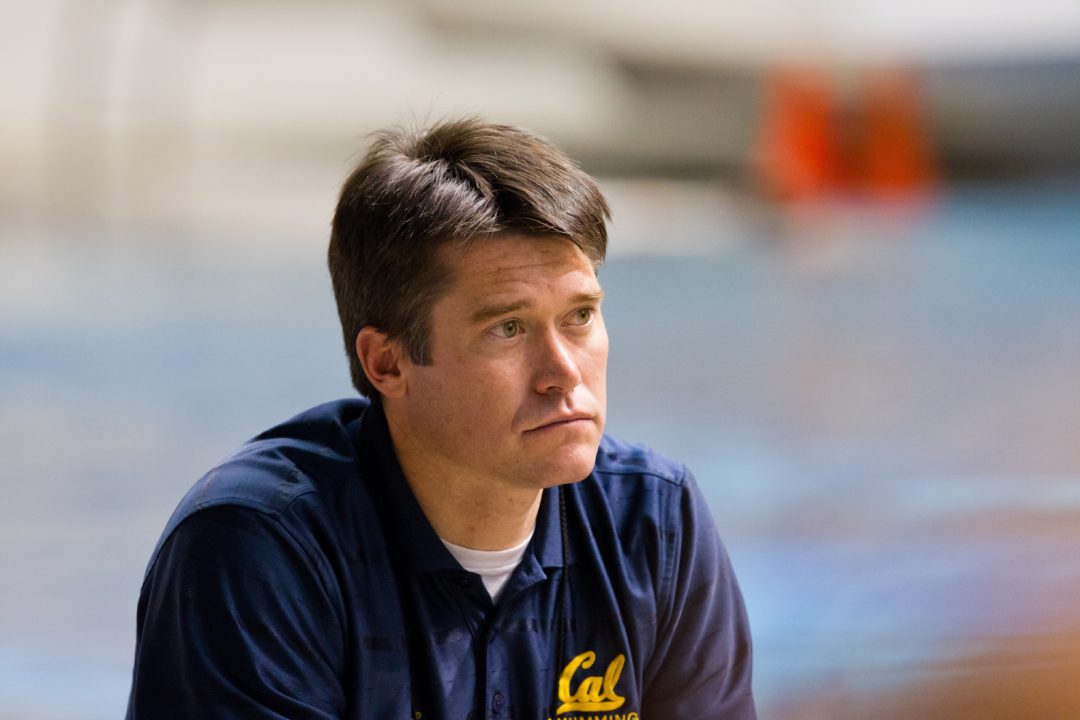 David Durden of Cal coached his team to a second-place finish at NCAA Championships and won Pac-12 Swimming Coach of the Year. Current photo via Tim Binning/TheSwimPictures.com

Coach David Durden of the University of California- Berkeley is this season’s Pac-12 Men’s Coach of the Year.

Cal took eight championship titles at the Pac-12 Conference Championships, more than any other team in the field. Golden Bear Andrew Seliskar took home the Swimmer of the Meet title, after scoring gold medals in the 200 fly, 200 IM, 400 IM, 400 free relay, 400 medley relay, and 800 medley relay.

Under Durden’s leadership at NCAAs, Cal’s Ryan Murphy took home a pair of individual titles and Josh Prenot scored one of his own. Murphy also scored the title CSCAA Swimmer of the Year for the second year running, this time alongside Texas’s Joseph Schooling and Florida’s Caeleb Dressel. Cal placed in the overall NCAA top two for the seventh year in a row.