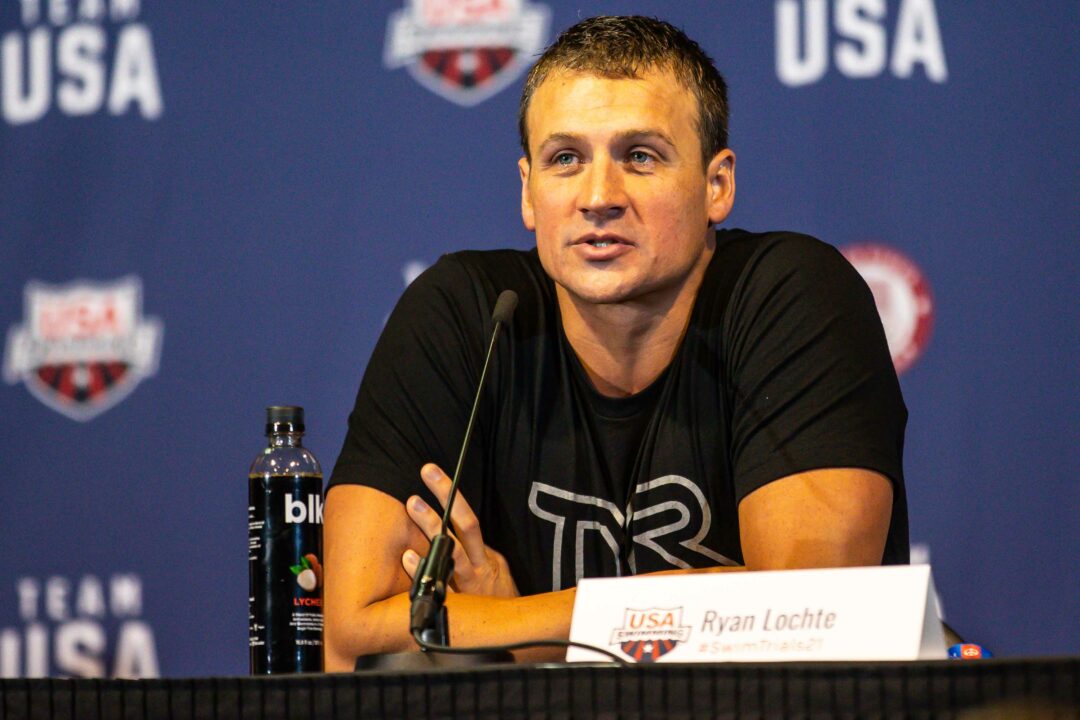 Lochte won 12 medals in total with six being gold. This means that all of his silver and bronze medals are up for auction. Archive photo via Jack Spitser/Spitser Photography

Update: The proceeds from Lochte’s auction will go to the Jorge Nation Foundation, a charity that raises funds to send seriously ill children on their dream vacations.

The 200 IM silver and 200 backstroke bronze are Lochte’s last individual medals he won at an Olympics as at the 2016 Rio Olympics he only won a gold medal as a member of the United States Men’s 4×200 freestyle relay. The medals from London currently have six bids and are now at $8,054. The auction-house estimate of their value is over $60,000, though that is much higher than medals of this vintage, especially silver and bronze medals, go for.

Olympic medals do come up for sale with some regularity, and the value is often tied to the fame of the person who wins it. The most expensive medal ever sold is believed to be a Jesse Owens gold medal from the 1936 Games, where he famously won three in defiance of the host Nazi Germany and Adolf Hitler. Nobody is certain which of the three gold medals that was, and it sold in 2013 for $1.46 million.

At the time, that was the most-valuable piece of Olympic memorabilia ever sold, surpassing the $865,000 paid for the silver cup that was awarded to the winner of the first-ever modern Olympic Games marathon in 1896, Spyridon Louis of Greece.

In 2005, Swimmer Anthony Ervin auctioned off his 2000 Olympic gold medal in the 50 free for $17,100 to benefit disaster relief from the 2004 tsunami that devastated Indonesia. Ervin would eventually return to the pool to win another one, in the same event, in 2016.

These comments are not seeming to understand what a great guy Lochte is. He routinely gave away national medals to fans in the past. Now he is giving his medals to be auctioned off for charity. Give the guy a break! He did a free clinic for our team to benefit drowning prevention. He was the easiest least demanding of any Olympians I have hosted!!!

This might not be for tight financial reasons but rather because they have become essentially worthless as physical entities to him at this point. Frankly, it’s strange to, after 10+ years, still cart your medals around and show them when most of the time (I’m sure) people don’t ask to see them anymore. I’m sure there are very few reasons after that long that you’ll need the physical medal for any reason other than to gloat. At the 10 year mark, you’re either legendary or not, and people know for a fact that you won the medals, witnessed it on live TV, etc. So, the medals might really not come out of a shoebox because if someone really doesn’t believe… Read more »

I feel like he made a mistake by making 6 medals available. Supply and demand!

He probably could have auctioned off one silver and one (maybe two) bronze and made a similar amount of money, and he would then still have three left to auction off in the future. Having six up for grabs at the same time and bundling some of them together will bring in much less than he could have made. Hopefully the charity gets a lot of money from it.

Just occurred to me that I don’t understand his relationship with these medals or with swimming right now. He may not like them. What if he is Marie Kondo-ing his life?

While I understand why someone could want to donate to a charity or help a down-and-out athlete they admire, why on earth would anyone want to own another person’s medal?

8
0
Reply
Ugly IS my alibi
Reply to  Thunderbolt

For this reason, a defined charitable donation would raise a lot more money imo

get-rich-quick schemes don’t work most of the time and it didn’t for cryptobro Lochte.

I’m sad to see this. He should be displaying them in his home. I hope he and his family are ok and that someone is kind enough to help him keep those medals! Why would anyone want to take them from him?

His wife just posted they are going away to Cabo. Look for recommendations for restaurants ans things to do.. So they still spend money like they have it. I remember arods show. He told him not to get the BMW but Kayla wouldn’t drive a buick suv.. told him to not spend a lot on house. He bought one anyways. Cut back on expenses. she is finally working instead of just posted codes.

Times must be rough

It’s depressing to see an all-time great have to auction off their medals.