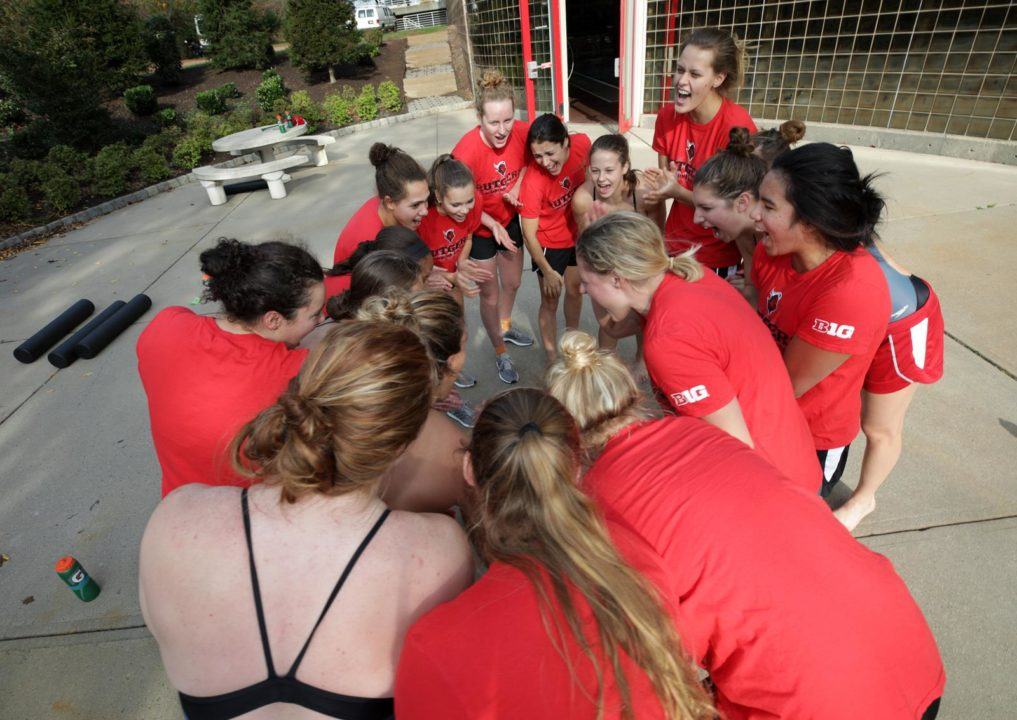 Rutgers swimming & diving has named Frederick Woodruff and Jon Maccoll as co-head coaches of Rutgers swimming and diving, effective Wednesday. Woodruff had served as the interim head coach since the school parted ways with former head coach Petra Martin after allegations of abuse, phrasing the departure as both sides “agreeing” that it was in the best interests of the program for her to “step away.”

Maccoll is in his first season with Rutgers, and had been serving as an assistant coach. He does have prior head coaching experience though: he came to New Jersey from the University of Sioux Falls in South Dakota, where he was the program’s first women’s swimming head coach in 2016. Prior to that, he spent time with another startup, the Division II program at Queens University in Charlotte, from 2010-2013.

A spokesperson for Rutgers said that the coaches’ first order of business will be to bring in an assistant to back-fill Maccoll’s role as assistant, and said that they’re hoping to have someone in place by the team’s next meet on January 12th against Yale.

“In a very short time, Fred and Jon have proven themselves capable leaders for our swimming and diving program,” Rutgers athletics director Patrick Hobbs said. “They have my confidence, but perhaps more importantly, they have the confidence of our student-athletes and all those who support our program.”

“I’m really excited about this,” Woodruff said. “Working with Jon these last few weeks has turned into a productive partnership. It’s exciting we’ll get the opportunity to continue that. Regardless of who was named coach, this is the best thing for the women on this team. This team deserves to have a stable and strong coaching staff, and this announcement makes that possible.”

Rutgers finished 2nd out of 14 teams at their first meet post-Martin, the Frank Elm Invitational, losing to meet winners Navy by 200.5 points. Among the teams that Rutgers beat out were Columbia, Northeastern, James Madison, and Liberty University.

A great hire for Rutgers! Congrats to Coach Maccoll and the Rutgers Swimming program. Can’t wait to see who joins the staff as his head assistant!

Congratulations, the team is in good hands!

Thanks to Fred Woodruff for being the backbone of the team through numerous coaching changes this past decade. He has quietly developed one of the best diving programs in the country as Rutgers sent 3 divers to the NCAA championships last year. I am looking forward to seeing what Coach Woodruff and Coach Maccoll can do for this great program! Go Knights!