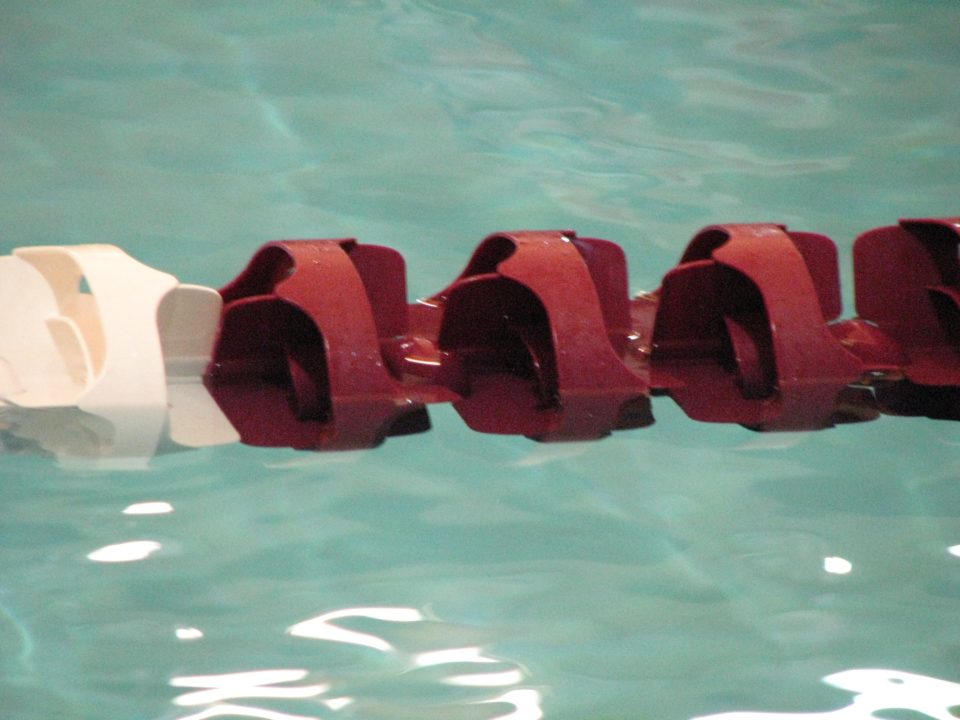 The first day of the 2013 City of Barcelona Grand Prix in Barcelona Spain, the second stop of the 2013 Mare Nostrum series, began Tuesday with a race that we didn’t see in Monaco, the women’s 800 free, where the victory went fittingly to a hometown swimmer, Mireia Belmonte-Garcia.

Le Clos had a solid finals session that also included a win in the B-Final in the men’s 200 fly with a 1:57.02, after stumbling in prelims and inexplicably ending up out of the A-Final. That A-Final was won by young Hungarian Bence Biczo in 1:56.71. His first 150 meters were almost identical to that which he did in Monaco, but he couldn’t hold on quite as well to the last 50 meters, which resulted in about a seven-tenths of a second time add.

He also won the B-Final of the 100 free in 49.9, a title that overall went to Cuban Hanser Garcia in 49.14. The young Cuban has been loaded with raw talent, though it’s been a long uphill battle for him to work out the finer points of sprinting (he has a water polo background.) Russia’s Evgeny Lagnuov took 2nd in 49.40, and Japan’s Sinri Shioura was 3rd in 49.47.

Belmonte also had a showdown with Hungarian marathon-woman Katinka Hosszu in the women’s 400 IM, where Hosszu won in 4:35.60 to Garcia’s 4:39.90. That’s a two second drop from what Hosszu swam in Monaco, but with her marathon meet sessions, that probably has a lot to do with order of events (it was early here in Barcelona, as compared to the end of day 1 in Monaco.)

The bulk of the record-breaking at the meet came in the sprints, including a 23.30 in the 50 fly from ageless South African Roland Schoeman, which is a new Meet Record. It cleared a 23.36 set by Australian Andrew Lauterstein in 2009. Remember that Schoeman is a former World Record holder in that event. Le Clos took 2nd in 23.90.

She was dangerously close to Efimova’s record in Monaco, though a 5-round format wasn’t perhaps conducive to these sorts of times. Now she’s blown clear through it, and has only the World Record target of Jessica Hardy (29.80) in front of her. She’s still just 16 years old.

Denmark’s Rikke Moeller-Pederson was 2nd in 31.00. Moeller-Pedersen won the longer 200 breaststroke, which Meilutyte doesn’t swim, in 2:22.93, ahead of Japan’s Kanako Watanabe.

And in the last 50 meter stroke event of the day, the recently un-retired South African giant Gerhard Zandberg won the men’s 50 back in 25.14. Showing how quickly he’s come up to speed, that’s within a tenth of his Meet Record from all the way back in 2008. Spain’s Aschwin Wildeboer, who’s been training in South Africa, took 2nd in 25.33, and Israel’s Johnatan Kopelev was 3rd in 25.47.

The men’s 100 breaststroke went to the Olympic Champion and defending World Record holder Cameron van der Burgh in 1:00.38. That’s well off of where he was at this same meet last year (about six-tenths slower), perhaps owing to the turmoil of South African swimming and of being an Olympic Champion,

More multi-event winners included Sweden’s Sarah Sjostrom, who took the women’s 50 free in 24.73 and the women’s 200 free in 1:57.72. Germany’s Britta Steffen was 2nd in 24.90 as she looks to continue recovering from a struggle with illness at Germany’s National Championships, and Denmark’s Jeanette Ottesen was 3rd in 24.96. Teenager Pernille Blume, another Dane, finished 4th in 25.24.

Sjostrom, surprisingly, didn’t swim the 100 fly, though she may not have won anyway. Ottesen put up a fantastic 57.89 to win that race, which is just off of her season’s best and faster than all but two others this year. She and Sjostrom had a bit of a grudge to settle after tying in Monaco (for the 2nd best time in the world as well), but that will remain to be settled, perhaps the next time we’re back in Barcelona.

Japan’s Daiya Seto took the title in the 200 IM in 1:59.00, the only man under two minutes. Germany’s Markus Deibler was 2nd in 2:00.81, giving up most of the difference early on in the fly and backstroke legs, where Seto is so good. Deibler made some back in the closing freestyle.

South Africa’s young distance swimmer Devon Brown won the men’s 400 free A-Final in 3:52.47; Austria’s David Brandl had the second-best time overall in 3:54.17, though that came out of the B-Final.

Other notables from Tuesday:

If Ruta can break the textile WR in the 100breast tomorrow, I have reasonable confidence that she will break at least one WR this summer. Given that she is unrested here

Previously I was skeptical she can break a WR in Barcelona, but now the odd is getting shorter.

Records are more generously rewarded at last stop in Cannet so maybe Ruta should hold her back just a bit. Break the ER of course at here but make sure it can be done again in Canet. 😉 As for WRs Hardy’s 1:04.45 in 100m looks unachievable for now but her 29.80 in 50m is starting to look vulnerable.

After Muffat headed to the tradional Sette Colli meeting in Rome, it seems Meilutyte is a lone candidate for the M-N Trophy on Women’s side.

Ruta keeps impressing. I began to wonder whether she could challenge the others also in 200m BR.

A quite strong performance from Hosszu in 200m IM. I believe she is capable of improving a lot of that time in BCN. Also Sjöström is worth mentioning. She is able to perform at good level in a quite wide range of events. And a Finnish swimmer, Matias Koski, on the podium in 400m free. Maybe it is worth noticing too 🙂