Russian Synchro Swimmers Continue To Shine On Day 2 In Budapest 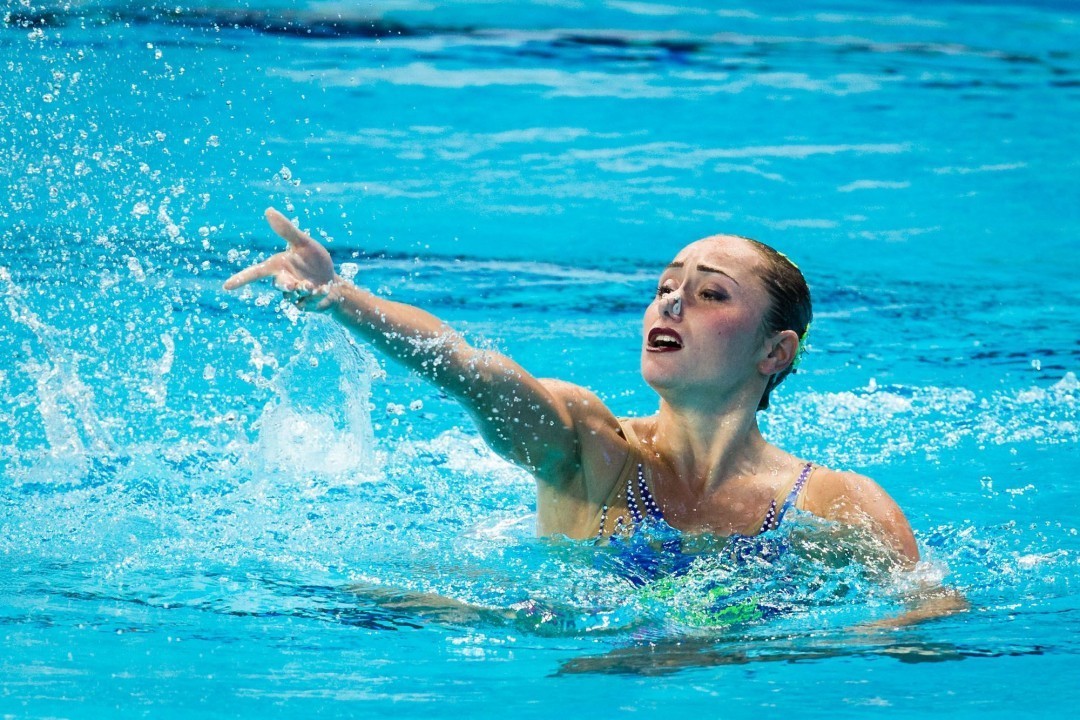 The Russian synchronized swimmers continued to shine on day 2 at the 2017 World Championships. Archive photo via Tim Binning/TheSwimPictures.com

Russian Svetlana Kolesnichenko won gold in the solo technical final, scoring 95.2036 to win by over 1.5 points. That is her tenth World Championship gold medal. She takes over the mantle from fellow Russian Svetlana Romashina, who won the last two solo technical events and has a grand total of 18 World Championship golds to go along with five Olympic gold medals. Romashina announced her retirement earlier this year.

Ona Carbonell of Spain repeated her silver medal from Kazan with a score of 93.6534, and Ukraine’s Anna Voloshyna won bronze with 91.9992.

The Americans are the defending champions in the mixed duet event, and have one returning member from that gold medal winning team in Kazan in 38-year-old Bill May. May first won an international medal back in 1998, a silver, at the Goodwill Games. The veteran was joined by Kanako Spendlove in the prelims, qualifying 3rd overall with a score of 87.9086.

Leading the way was Russia, the 2015 runners-up, with a score of 88.4847. Aleksandr Maltsev was on that team two years ago, and he’s joined by Mikhaela Kalancha who joined him for gold at the European Championships last year. Kalancha also has a pair of World Championships gold medals in Free Combination from 2013 and 2015.