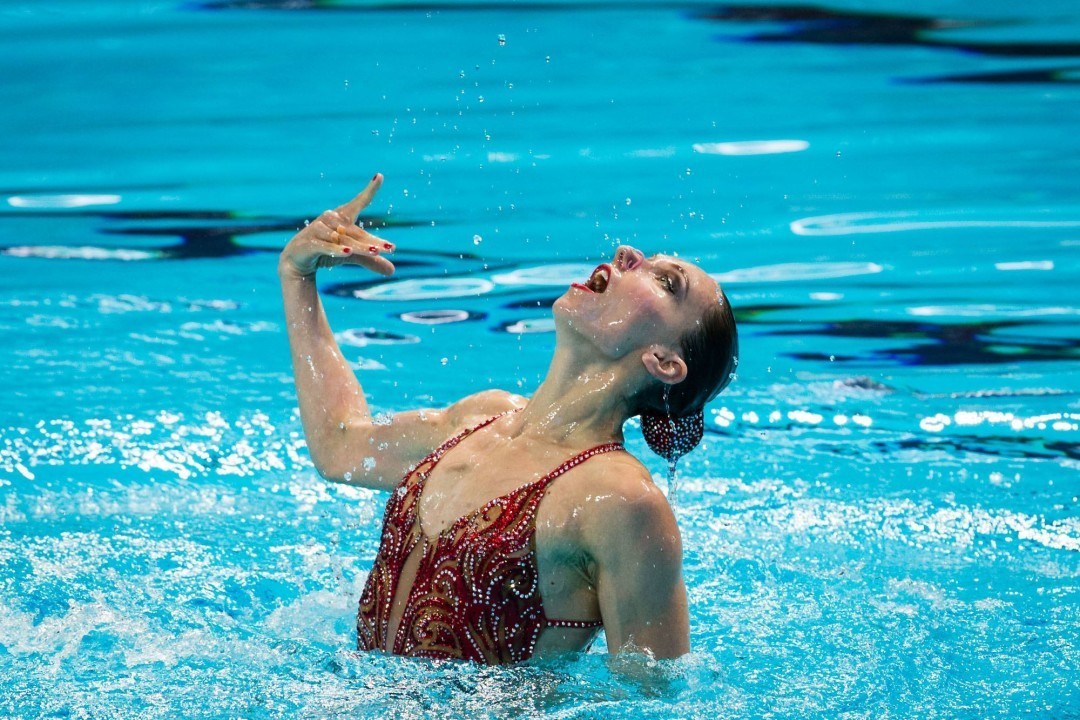 The legendary Natalia Ischenko (above) has retired, but Russia was still dominant in the solo and duet technical routine prelims on Friday in BUdapest. Archive photo via Tim Binning/TheSwimPictures.com 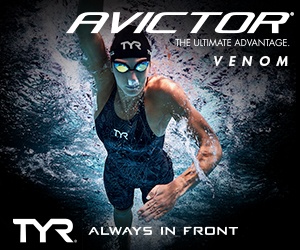 On the official opening day of the 2017 FINA World Aquatics Championships, synchronized swimming joined diving as one of two opening disciplines in Budapest. On Friday, the Varosliget Park venue saw the preliminary rounds of the solo and duet technical routines. The solo final will be held on Saturday afternoon, while the duet final comes on Sunday.

Russia swept all but one medal in synchronized swimming at the 2015 World Championships. That exception was the Mixed Duet Technical, a new event for those championships, where Americans Christina Jones and Bill May took gold.

This year marks the turning of a page for Russian synchronized swimming. Legend and 5-time Olympic champion Natalia Ischenko retired after Rio, and her partner for much of that run Svetlana Romashina didn’t make as public of an announcement, but is also not in Budapest.

But the Russian synchro machine marched on in preliminary rounds on Friday. In the women’s solo technical routine, Svetlana Kolesnichenko scored a 94.0229, which was almost 1.7 points better than her next-closest competitor – Ona Carbonell of Spain – the 2015 bronze medalist who has 2 career Olympic and 18 career World Championship medals.

The 23-year old Kloesnichenko already has a deep resume herself – she’s been competing for Russia at World Championships since 2011, when she was just 17 years old, and 9 Worlds medals – all gold. Her one Olympic medal, in last year’s Olympic team routine, is also gold, as are all 4 of her European medals and both of her World University Games medals. In short – in spite of not cracking the top Russian duet at last year’s Olympic Games, she’s arguably the best synchro swimmer in the world who has been awaiting her spot to crack this solo technical routine category.

Kolesnichenko and her partner Alexandra Patskevich had an even bigger preliminary margin, scoring more than two points ahead of China’s second-seeded pairing of Jiang and Jiang.

The host country of Hungary did not earn any finalists on the first day of competition. Their technical duet finished 19th, and their solo competitor Szofi Kiss was 13th and one spot from the finals. The Americans did sneak a pair into the technical duet final in the last spot when Anita Alvarez and Victoria Woroniecki placed 12th in the preliminary round. Alvarez and then-partner Mairya Koroleva finished 12th at the 2015 World Championships in this event. Synchronized swimming is the Americans’ weakest of the 6 FINA disciplines

What happened to the USA as a leader in Synchronized Swimming