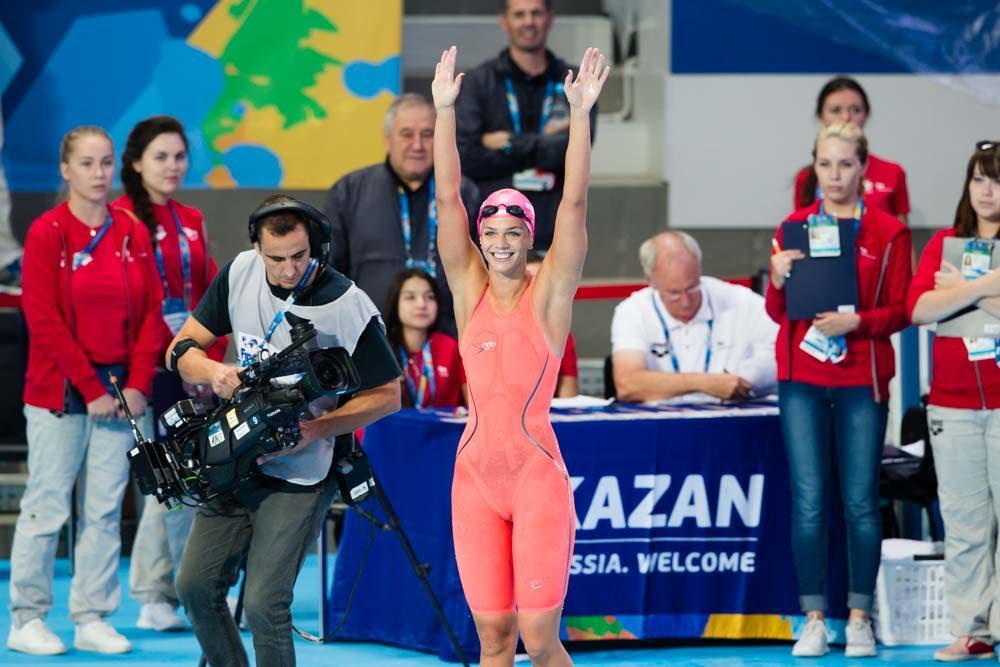 Efimova could face a penalty as harsh as a lifetime ban because this wouldn’t be her first doping offense. Efimova tested positive for 7-keto-DHEA back in 2013 and was hit with a 16-month suspension and stripped of two world records and five international medals as a punishment.

Below is the statement as it appears roughly translated directly from the All-Russian Swimming Federation’s website:

In connection with the publication appeared in the media concerning Yulia Efimova, All-Russian Swimming Federation informs that it has received from the International Federation of FINA (FINA) documents confirming the temporary suspension from competitions athletes in connection with a possible anti-doping rule violation.

In order to obtain information with the explanation for this situation, the President of the WFTU, Vladimir Salnikov will meet soon with leaders FGBU “Center of sports preparation of national teams of Russia” and the Ministry of Sports of Russia. In September 2015, according to the approved individual plans, a number of swimmers was sent for training abroad. Ensuring the preparation of this group of swimmers has been fully taken FGBU “Center athletic training teams of Russia” and was appointed curator of the official of the group Sergey Ilyin.

Please note that all official information WWF will publish exclusively on its official website.

Again, this is not Salo’s first swimmer who tested positive over the past few years…

WADA needs to stop by USC and do some investigation. Clean the sport!

USC – Universal Standard of Cheating! NCAA may need to drug test those girls who got 2nd last night!

Gee, not too surprising. Check out the wikipedia page for meldonium with all the Russians that have taken this stuff. I sure hope we don’t hear that she’s got “a heart condition” (like Sun Yang- ha!!). Give me a break. Interesting that she got busted for 7 Keto dhea. That stuff is known to NOT convert to testosterone (like regular dhea) so I don’t see what good it would do as a PED. I guess it was used as a masking agent. All I know is this woman had better not be allowed to swim in the Olympics!

Salo, should not be allowed on the US Olympic Team IMO…

He is constantly tarred with dirty athletes, he is either incredibly stupid or incredibly greedy for the money these athletes bring! I think he’s both!

0
0
Reply
noone
Reply to  HaggisBasher