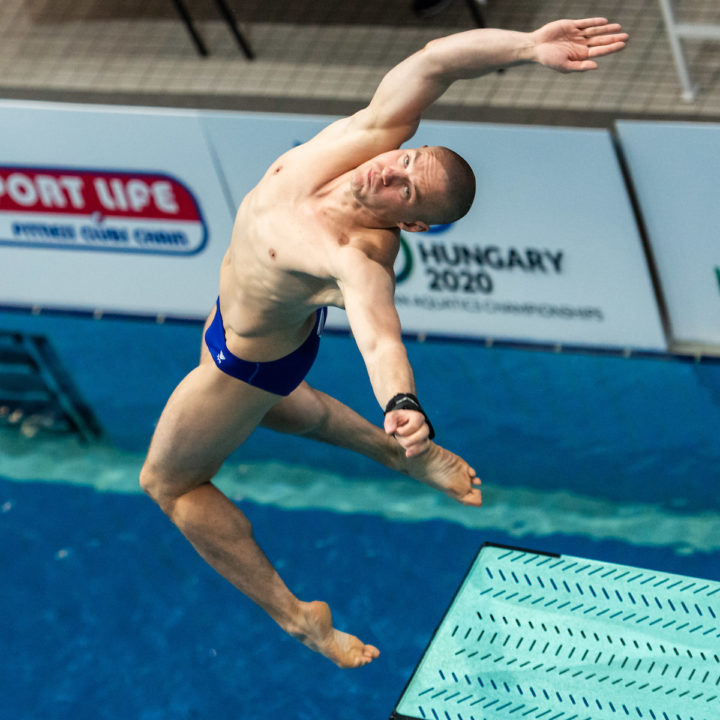 Russia swept the gold medals on the fifth day of diving competition, being led on the men's 3m springboard by Evgenii Kuznetzov. Current photo via Giorgio Scala/Deepbluemedia/Insidefoto

On the 5th day of the diving competition, the women took to the 10m platform for synchro competition, while men competed on the 3m springboard.

For the women’s 10m synchro, it was the Russian team of Ekaterina Beliaeva and Iuliia Timoshinina who easily came way with the gold medal.

After a weak start in the finals, the Russian duo was able to quickly regain control, easily outscoring the teams from Great Britain and Ukraine through the back half of the competition. For Beliaeva, this is her third medal of the competition, having won gold as part of the team event and bronze in the 10m mixed synchro.

Russia continued their dominance on the day in the men’s 3m springboard, with Evgenii Kuznetzov taking the gold and Nikita Shleikher taking silver. Germany’s Martin Wolfram rounded out the podium in third.

This is Kuznetzov’s third medal of the championships after gold in the mixed team event and silver in the 3m synchro. On the 3m synchro, he was partnered with Shleikher, who finished second in this event.

The most surprising finish in the event was Patrick Hausding who, despite having 17 European titles in his career, failed to crack the top-3 in the event. After a weak start where he scored the fewest points in the final on both of his first two dives, he was unable to recover, ultimately landing in 9th.