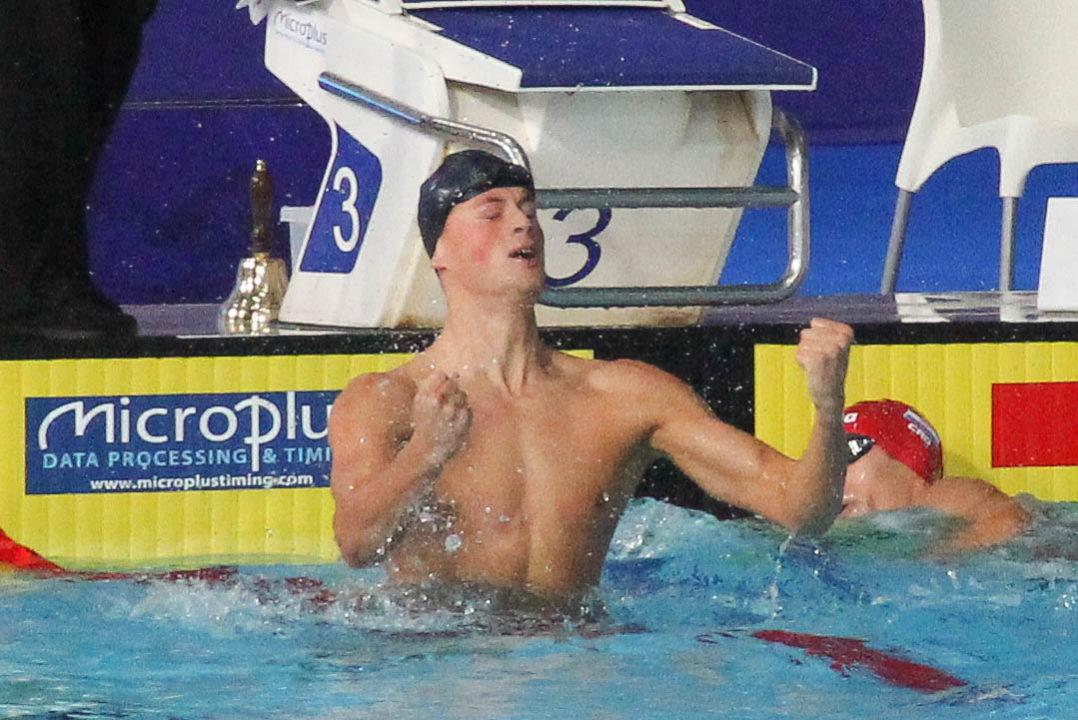 Ukrainian Championships wrapped up last night, but not before Olympian Mykhailo Romanchuk powered his way to a head-turning performance in the 1500m free.

Incerti managed to move from 10th to 1st seed in the prelims of the 200 freestyle, out-swimming Thomas Neil and Elijah Winnington.

To cap off the 2020 Ukraine Winter Swimming Championships, Mykhailo Romanchuk produced an Olympic-qualifying mark in the men’s 1500m freestyle.

The 23-year-old Team Energy Standard member posted a winning time of 14:41.63 to beat the domestic field by well over 30 seconds to take the gold and qualify for this year’s Summer Olympic Games in Tokyo, Japan. The FINA ‘A’ standard for Tokyo stands at 15:00.99.

Romanchuk’s time here in Kharkiv represents the man’s 4th quickest ever, with his career holding a personal best effort and Ukrainian national record of 14:36.88 set en route to silver at the 2018 European Championships.

Last year at the 2019 FINA World Aquatic Championships, Romanchuk snagged silver in 14:37.63, just over a second off of winner Florian Wellbrock of Germany’s mark of 14:36.54 there in Gwangju.

This season, Romanchuk had been as fast as 14:51.61 from November’s FINA World Cup in Doha. That result slotted him 3rd in the world rankings for the season. However, with his 14:41.63 from these Championships, Romanchuk now overtakes Italian Gregorio Paltrinieri as the #1 swimmer in the world.

Barely scraped under the FINA A standard.

The rematch between Paltrinieri, Wellbrock, and Romanchuk is going to be epic (fingers crossed) assuming Tokyo 2020 happens within 2020.

Real shot for one of those guys to take down Sun Yang’s record. That would be *chef’s kiss* fantastic.

i’m really glad that Sun is out of the picture too, generally speaking

Please get that 1500 record