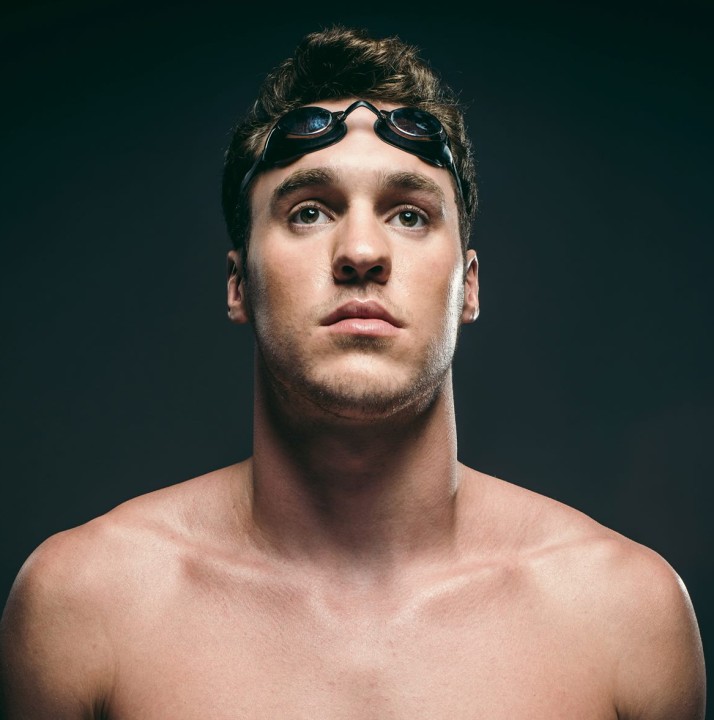 "I have a few events that I'm doing including the 200m IM and the 200m fly that I haven't done long course in a while, so I am looking forward to seeing where I am in those swims at this time of the year and with the preparation I have." Archive photo via Swimming Canada

To stay on top of our coverage of the CIS this weekend, bookmark our Canadian channel here.

UBC FUN FACT: “Lots of the guys have nicknames on the team but we usually say hi to each other by calling them Rick. We picked it up from a rookie on the team (Marshal Parker) who loves trailer park boys and took the name from Ricky on the show.”

Coleman Allen is one of the stars on the UBC roster and as the acting captain has had a ton of success as a Thunderbird. Not only is Allen a multi-time CIS Champion, but he’s a Canadian record holder and a member of the 2012 short course World Championships team, 2013 University Games team, 2013 World Championship team, 2014 Pan Pacs team, and the 2014 Commonwealth Games team.

With plenty of international experience, Allen is a threat in multiple events at the CIS Championships. He is currently ranked first in six events (seven if you count the 100m IM) and is well ahead of the competition in many of those races. His short course prowess will have to turn into long course skill during finals, however, with his international experience being an advantage he should be able to put up some great swims in the longer pool.

“I am excited for the long course format,” Allen said. “I don’t exactly understand why they have it short course in the morning, but it will definitely make the meet interesting at night! I know that I need to work on my long course swims, so this is the perfect opportunity to.”

Allen along with the rest of the UBC squad haven’t really changed their training to much, but there is definitely a larger emphasis on long-course training.

“I want to do the best I can for my team and help contribute to the overall team score,” Allen said. “I have a few events that I’m doing including the 200m Im and the 200m fly that I haven’t done long course in a while, so I am looking forward to seeing where I am in those swims at this time of the year and the preparation I have.”

Although Allen is undisputedly one of the top athletes in the CIS at the current time, Allen was a transfer from the University of Nevada Las Vegas where he sam on year collegiately before transferring to UBC.

“CIS has been a great experience for me. I tried the NCAA system for my first year of school, I liked it a lot, but the CIS has given me a gateway to chase my international dreams,” Allen said.

His experience in the CIS has given him countless wins and records. He’s been a staple performer for the Thunderbirds individually and as a crucial component to the UBC relays. His favourite CIS memory comes from a relay performance at the CIS Championships last season.

” My favourite CIS memory so far would be last year’s championships in Toronto when our men’s 4x200m free relay broke the CIS record and the Canadian club record. I was fortunate enough to anchor that relay and get to hear the crowd’s excitement when I touched the wall and we as a team finished. It felt great to do that as a team and to take down a record that was held by at least three Olympians at the time.”

Right now Allen’s focus is the CIS Championships, but come early April he’ll be fighting for a spot on the Canadian World Championships roster.