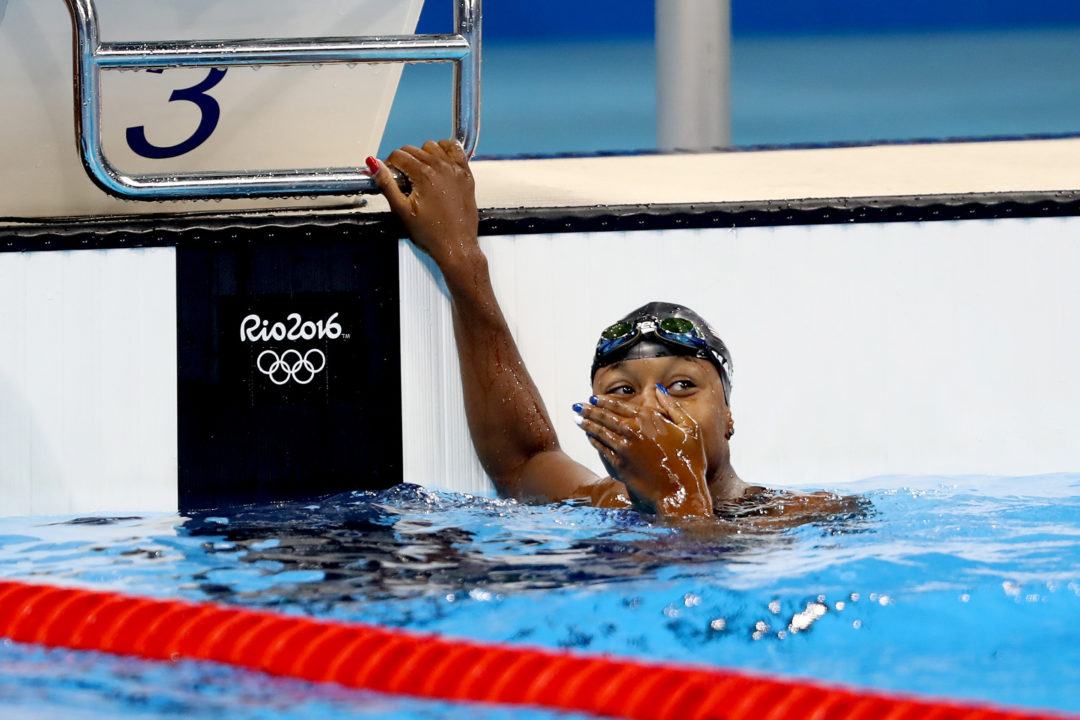 Simone Manuel co-opted, along with Canadian Penny Oleksiak, the biggest upset of the meet so far in the 100 free Current photo via Simone Castrovillari

Simone Manuel co-opted, along with Canadian Penny Oleksiak, the biggest upset of the meet so far in the 100 free. As heavy favorite Cate Campbell finished off of the podium, Manuel and Oleksiak charged to a new Olympic record time of 52.70 to share the gold.

Meanwhile, Michael Phelps absolutely dominated the 200 IM for yet another gold for the American squad. The U.S. now holds a gargantuan lead over 2nd place Australia and Hungary, in terms of golds, with 11 to the Aussies’ and Hungary’s 3.

11 Gold Medals for American swimming… where have I heard that before…?