Rick DeMont Retires after 30 Years with University of Arizona 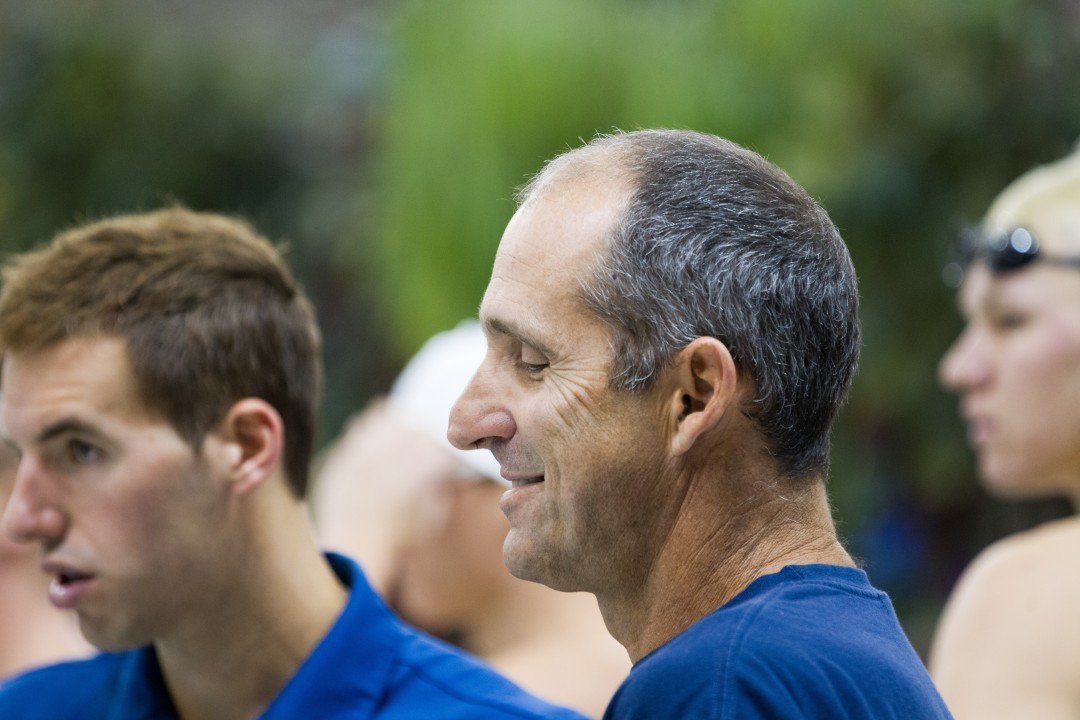 Rick DeMont has announced his retirement as head coach at the University of Arizona. Current photo via Tim Binning/TheSwimPictures.com

Rick DeMont announced his retirement as head coach at the University of Arizona today, after 30 years with the program and four years as head coach.

“There is never a right time to make a decision like this and I thought long and hard about it,” said DeMont in press release. “I’ve been coaching here for 30 years, and despite the offer of a two-year extension, I decided that now is the right time to move on. I’ve given everything I have to Arizona swimming and diving and I’m looking forward to spending more time with my family and pursuing other passions. I want to thank the administration, staff and student-athletes for making this a wonderful journey and I look forward to seeing what the program can do in the coming years.”

Over the course of his time with the University of Arizona, DeMont coached 27 USA Swimming and NCAA individual national champions.

As a swimmer, DeMont was a former world record holder in the 400 and 1500 freestyles and the 400 freestyle relay. He swam collegiately for two years at Washington and two years at Arizona.  DeMont has been inducted into both the International Swimming Hall of Fame and the Arizona Sports Hall of Fame.

The now-open position will be the first major hire for new Wildcat athletic director Dave Heeke, who replaced the outgoing Greg Byrne in April.

Thanks for bringing us so much pride and putting Zona on the map ?⬇️

Rick Demont, as swimmer, once was in an insane 1500 race with Steve Holland at Worlds. Holland miscounted, and they swam another 100, at the same pace. I’ve always thought that extra 100 was why Demont switched to thinking so much about sprinting. It was an IQ test, and he passed.

They actually flipped and did another 10 meters (total 110 extra meters). http://www.nytimes.com/1973/09/09/archives/holland-aussie-sets-world-swim-mark-in-1500-demonts-time-fast-too.html

Three words: I hope not.

One of the all time great people in our sport. It won’t be the same without him at Arizona. I hope he get’s more quality time with his family and friends plus that he finds time to fly fish some more! For those of you that don’t know, Rocket is very talented artist and I hope that he has the opportunity to paint even more in the future. If you don’t know his work outside of swimming be sure and check out some of his artwork here … http://rickdemontart.com/

Wonder who Frank Busch will recommend for the job?

Why all the down votes for mentioning Marsh? Seems like he is a great guy with success everywhere he has coached, especially at Auburn. Curious if there is something I am missing. Please enlighten me.

Probably one or both of his sons. But one has to remember it is a new AD who probably doesn’t know Frank and might not ask for his input!

You do not have to know Frank personally, but I think he would recognize the name as a former coach at Arizona. UVA AD did not know Busch but he contacted USA Swimming to get a list of candidates. And we all know who Frank put at the top of the list. Who is say he will not do it again, especially to have his son take his old job.

The Pac-12 is a stacked conference, with 3 out of the top 6 team at the NCAAs this year.

Arizona won the men’s and women’s team titles in 2008, both by a wide margin. That was pretty special, and might never happen again.

No mention of Rick DeMont’s greatest swimming achievement: winning the 400 freestyle race at the 1972 Olympics in 4:00.26 and being awarded the Olympic GOLD medal. Yes, these two things did happen.

I might add that DeMont’s gold medal victory was stripped from him two days later, September 3, 1972 due to the incompetence of the USOC medical staff for failing to research whether DeMont’s antiasthma medicine, Marax, contained any banned ingredients. He had told them he took that drug.

Yes. And Rick carried on with magnificent dignity after that. Remember that he was only 16 at the time. He never let that define him. True character. True grit.

Amen to that, Joel!

Why try and ruin a legendary coaches proud retirement announcement with such negativity? Coaching changes can turn teams around fast. Look at ASU going from the bottom of the NCAA, to where they are now. All in a single year. Trolls run rampant in the swimswam comment section, you are part of the problem.