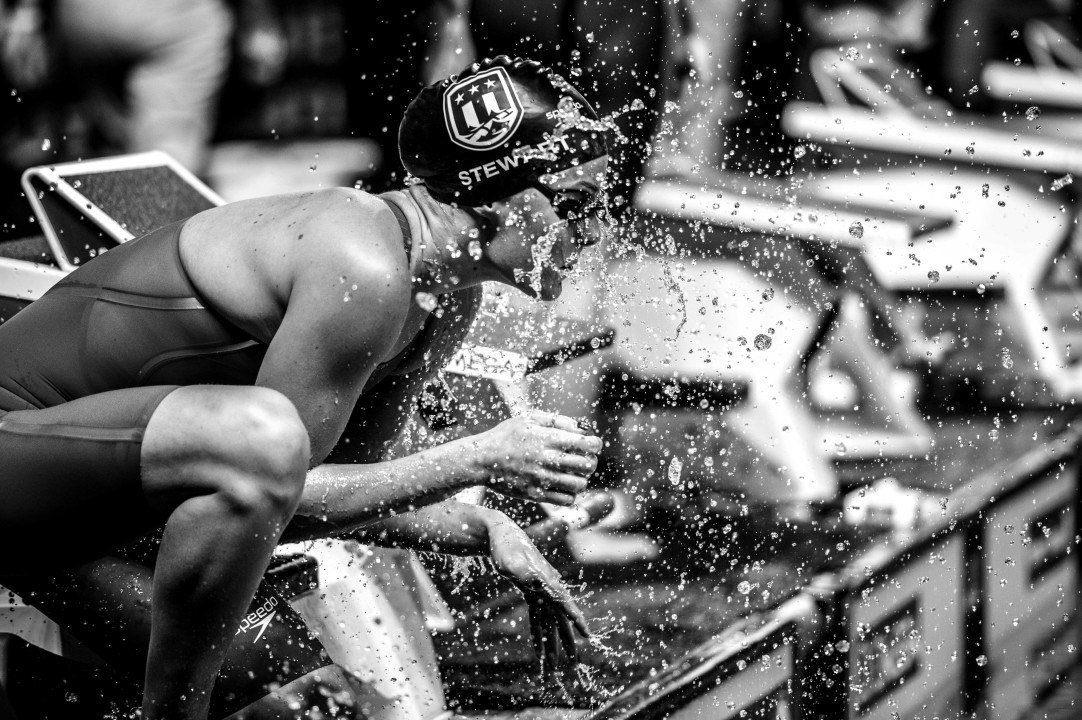 With the 2016 Women's Pac-12 Championships looming this week, one of the conference's top teams is riding a major second-semester boost - the USC Trojans have welcomed back senior All-American Kendyl Stewart from a fall-semester redshirt. Archive photo via Mike Lewis/Ola Vista Photography

With the 2016 Women’s Pac-12 Championships looming this week, one of the conference’s top teams is riding a major second-semester boost – the USC Trojans have welcomed back senior All-American Kendyl Stewart from a fall-semester redshirt.

Stewart sat out the fall semester in preparation for the 2016 U.S. Olympic Trials and the upcoming long course season. She was joined by Dylan Carter of the USC men’s team. At the time, it was unclear how long the Olympic redshirt period would last, and Stewart told SwimSwam she wasn’t “100% sure what [her] year” would look like.

“I’m enjoying some awesome focused training at USC and a lightened course load,” Stewart said at the time. “I see it as the perfect way to come off my first World Championships and prep for an exciting year. I’m entered in the Minnesota Arena pro series and beyond that, I’m not sure what meets I’ll be racing in.”

Heading into Pac-12s, though, it looks as though that year will include both the conference and NCAA championships for the senior, who is back on the roster and has competed for the Trojans in all of their second-semester dual meets. Carter, on the other hand, has not competed for USC this semester.

Stewart, third at last year’s NCAA Championships in the 100 fly, is a huge re-addition for the Trojan women, who are red-hot after beating defending national champs Cal last month. She’s another instance of a well-documented trend for USC of having top-flight swimmers sit out the fall semester before returning to compete at Pac-12s and NCAAs. This season along, USC did so with 5 potential NCAA qualifiers: Stewart, Ralf Tribuntsov, Alex Valente, Carsten Vissering and Patrick Mulcare.

I’m not sure I understand the reason for all these people red-shirting for one semester. It appears like they are manipulating the system in some way, but I don’t know enough about the rules to know for sure. Can anyone help out with an explanation of this.

yes they are manipulating the system….trying to create gap space in the scholarship game!

Thanks, but what is gap space?

I’m not an expert by any means on this, but from what I understand, it allows USC to juggle its scholarship money so that they have a lot to offer potential recruits while retaining all of their high end talent for championship season. USC also offers non-athletic scholarships, but I’m not sure if that plays a part in it too.

If that really true? Does not seem legit, giving scholly this semester must count toward something? Otherwise if this is possible more teams would do it…. and no, dont give me some honor crap, this is big time not some 1920s…..