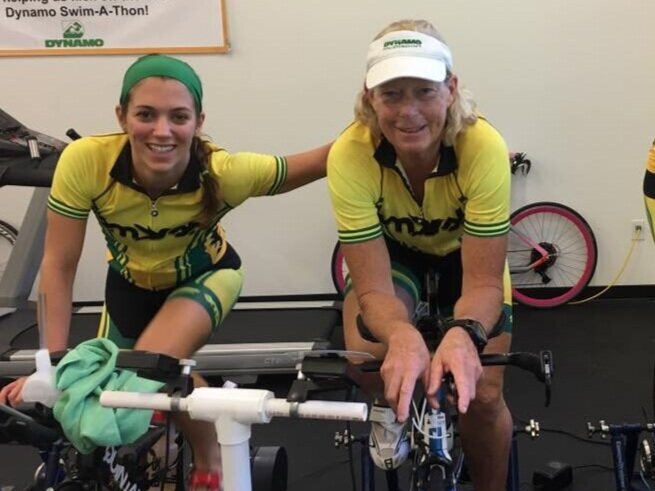 Maria Thrash, who was twice named the Georgia Coach of the Year and trained several of the world's best Ironman triathletes, has died at age 59. Current photo via Dynamo Multisport

The 2021 Big 12 Men’s and Women’s Swimming and Diving Championships get underway tonight with timed finals of the 200 medley and 800 free relays.

The Texas Longhorns junior likely earned a trip to the NCAA Championships with his swim, though Texas seems destined to over-qualify again.

Anna Maria Thrash, who was a Masters swim coach and triathlon coach at the Dynamo Swim Club in Atlanta, Georgia, died on October 8, 2020. She was 59-years old.

Thrash served as the head coach of Dynamo Masters & Triathletes and also served as the head swimming coach and multisport coach for Dynamo multisport at the Dynamo mega-club. In over 30 years of coaching experience, she earned a reputation as one of the top Masters swim coaches in the country.

She also worked for a time as an assistant coach at Georgia Tech and as the head senior coach at Swim Atlanta. She was twice named the Georgia Coach of the Year.

A native of Decatur, Georgia, she spent 3 years as a child in Australia. She began swimming with the Dynamo Swim Club at 5 years old, when it was still a brand new program. She went on to swim collegiately at Clemson from 1979 through 1983, including as co-captain in 1981-1983.

She was a two-time Ironman finisher herself, completing Ironman Florida in 2013 and Ironman Chattanooga in 2016. That’s in spite of 20 years spent living with serious liver disease and complications.

A private service will be held at Big Canoe, Jasper, GA. A public memorial service will be announced at a later date. In lieu of flowers, donations can be made to Dynamo Swim Club at either 3119 Shallowford Road, Atlanta, GA 30341 or https://www.teamunify.com/team/gsdsc/page/donations or your local Humane Society. Memorial Park Funeral Home North Riverside Chapel, 989 Riverside Dr. is in charge of arrangements. Send online condolences to www.memorialparkfuneralhomes.com.

So young and terribly sad. Anyone know the cause of death?