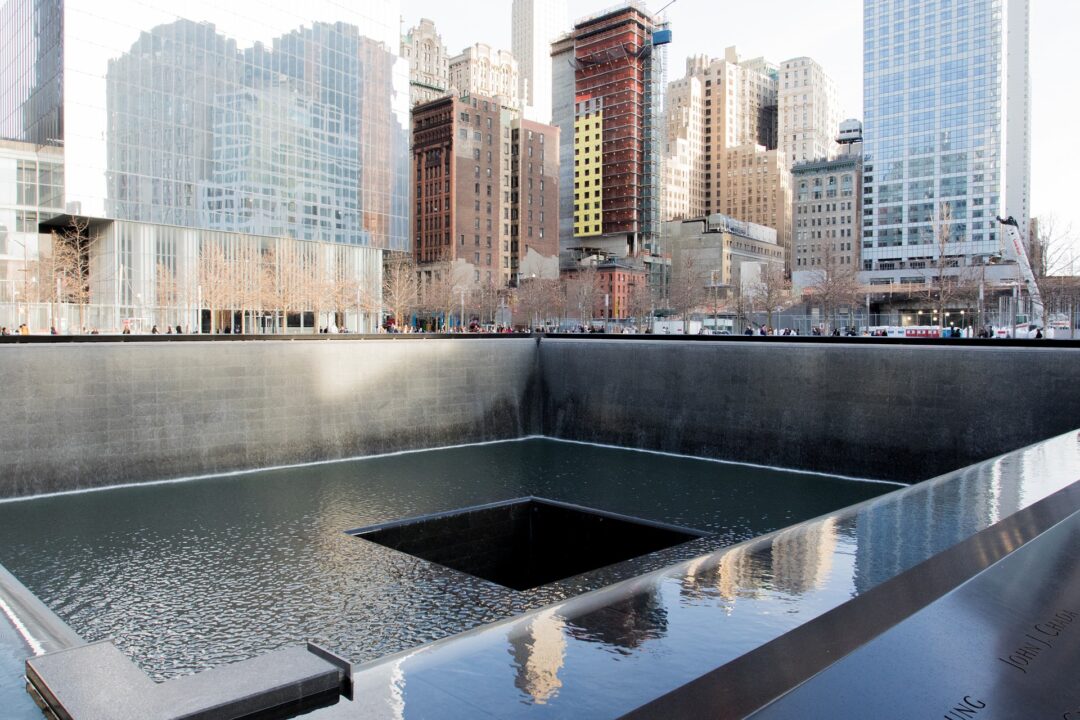 Andy O'Grady was a captain of the men's swim team as a senior in 1991. He was working inside World Trade Center 2 on September 11, 2001 when a plane flew into the tower.

Saturday marks the 20th anniversary of the September 11, 2001 terrorist attacks that saw members of the terrorist group al-Qaeda hijack four commercial airliners. Two of those planes crashed into the World Trade Center buildings in Manhattan, another crashed into the Pentagon in Washington, D.C., while the fourth crashed in a field in rural Shanksville, Pennsylvania after passengers fought the hijackers.

Almost 3,000 people were killed that day, along with 25,000 injuries and many others who faced long-term health problems as a result of the crash. That day remains the deadliest terrorist attack in human history.

Among the people who died that day was former UCLA swimmer Andy O’Grady, who was working at his office on the 104th floor of 2 World Trade Center that day. A managing director at the investment banking firm Sandler O’Neill & Partners, his fiancée Rachel Uchitel told the Los Angeles Times that they had just returned from a vacation in Greece and it was his second day back in the office, where he had just arrived 45 minutes before the plane hit.

O’Grady was a four year letter winner at UCLA and qualified for the NCAA Championships in the 100 and 200 breaststrokes in his freshman, sophomore, and senior seasons. He was a team captain in 1991 as a senior, and stayed on as a graduate assistant after completing his eligibility.

O’Grady was missing after the attacks and presumed dead. His fiancée printed up fliers in hopes of finding him, though dozens of his employees were missing and eight were confirmed dead.

His mom said at the time that he “was a champion of the underdog.”

O’Grady’s is one of many stories of loss that came that infamous day in 2001. A tragedy that reached far-and-wide left very few corners of the country untouched by the grief.

As we enter the third decade since the events of that day, the conversation about the legacy of September 11 and the longest war in American history that followed has become more complicated. The phrase “Never Forget,” which was reassigned from another of human history’s greatest tragedies, the Holocaust, to become a rallying cry of September 11, is now etched into memory.

It has never been clear exactly which part of that day, or the complex geopolitics that led to it, that we were never supposed to forget. In humanizing the loss and the memories of people like O’Grady who lost their lives that day, though, we can remember the unity that Americans showed that day and the weeks that followed. We mourned together, we grieved together, we were angry together, and we wept together. In the internet era, the era of mass-market and cable television news, it was perhaps the most singular memory in human history, panged with the guilt of the catharsis that came from the small steps of recovery. From the rebel emerged interfaith dialogues and the kind of experiences of community that can only come from shared euphoria or, in this case, shared trauma.

The world changed that day in ways that will never let us forget the date of September 11th, 2001. But to truly remember people like Andy O’Grady who lost their lives that day, we must also remember the way that we felt about each other in the aftermath. There was a vulnerability in the human experience in the weeks that followed – a rare time where people let their guards down and were unafraid to express their emotions and fears, and to receive the emotions and fears of others without judgment.

If we can carry forward one silver lining from the horrific events of that day, that should be the memory that we strive to never forget.

Oh wow, this hurts… but what a good friend and great person he was. I’ll remember the good times in SoCal spent with him and another Bruin, Brad Toothaker. RIP my friend…

PS. Shame on those who use this to bring up bad memories.

Thank you. I didn’t know this story.

I read about him last anniversary. Very sad story. If I remember right his fiance was rachel Uchitel and her behavior after his death brought the family more pain

Spill the tea!! What happened

Wasn’t there some dispute over his estate?

Sad, but that’s what happens when you have the wrong mindset and are a good digger