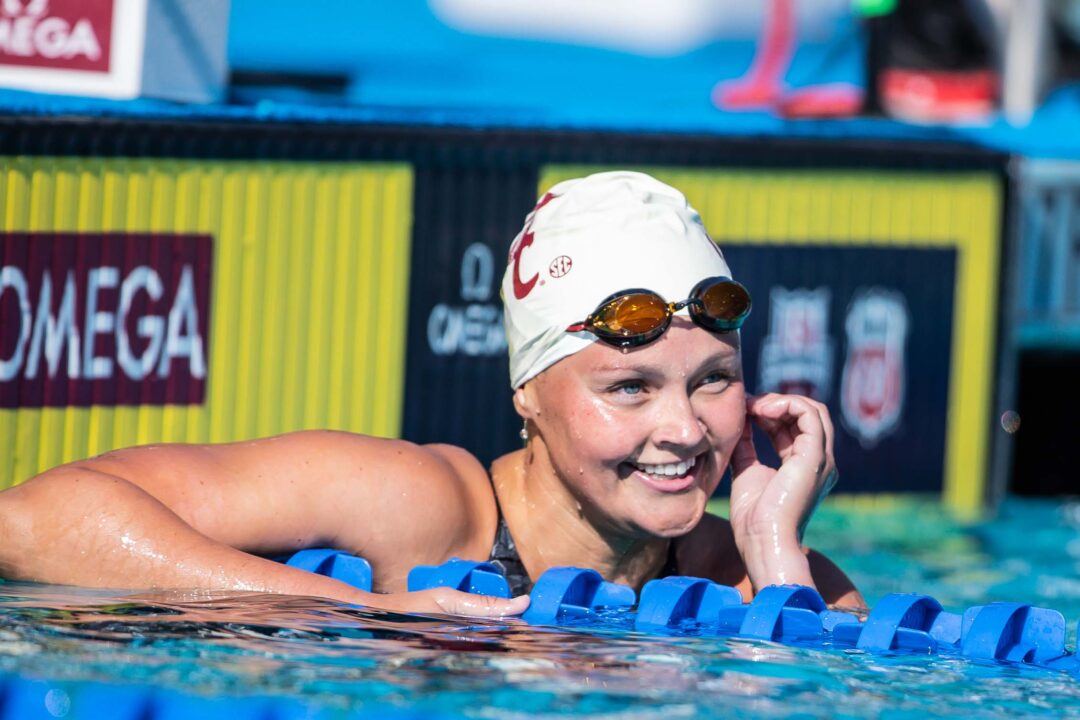 Alabama's Kensey McMahon, a graduate student from Jacksonville, Fla., collected a sweep of the distance events in the win over South Carolina. Archive photo via Jack Spitser/Spitser Photography

Men’s Diver of the Week:

Tennessee’s Bryden Hattie, a junior from Victoria, British Columbia, swept the springboards with a pair of career-best performances during the Vols’ meet against No. 4 NC State. Hattie won the 1-meter with a nation-leading 404.55 score and posted the top mark on 3-meter at 424.65, the second-best score in the country and best in the SEC this season.

Men’s Freshman of the Week:

Women’s Swimmer of the Week:

Alabama’s Kensey McMahon, a graduate student from Jacksonville, Fla., collected a sweep of the distance events in the win over South Carolina. In the Tide’s home opener, McMahon touched the wall first in the 500 free with a time of 4:50.81 and in the 1000 free with a time of 9:47.89. She also placed third in the 200 fly with a time of 2:01.33, less than third of a second out of first place.

Women’s Diver of the Week:

LSU’s Helle Tuxen, a junior from Stavanger, Norway, won both springboard events in a tri-team meet with Denver and Air Force. Tuxen placed first on the 1-meter with a personal-best score of 322.15. She also recorded a score of 341.25 on the 3-meter. Her score on the 1-meter ranks seventh in program history.

Women’s Freshman of the Week: