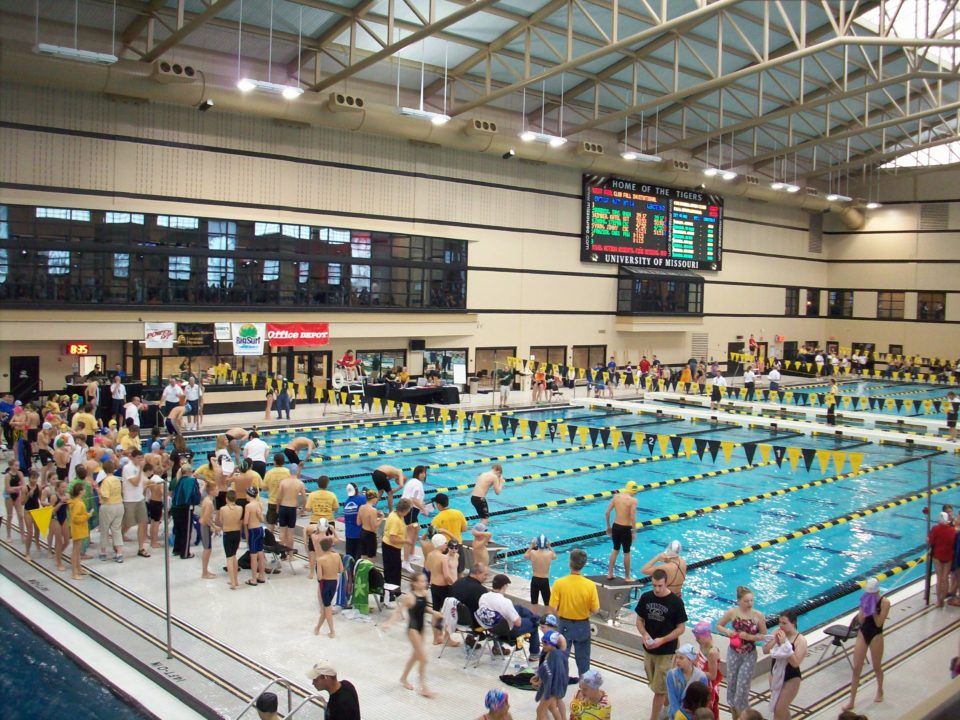 Day 2 of the 2017 Region VII Spring Sectional Championships started off with a record breaking swim in the Men’s 200-yard freestyle.  The day was filled with four broken records.

In that race, the top 2 finishers swam under the meet record (1:36.48).  Kevin Callan, from the Tridents Aquatic Club touched the wall first with the time of 1:34.06. Callan dropped over 2 seconds from his preliminary time. Jack Dolan of Rock Wood Swim Club came in at second at 1:35.68.

The previous record holder was Jacob Molacek of Greater Omaha Swim Club. Later in the evening, Molacek re-added his name to the meet record.

In the Men’s 100-yard butterfly, the top 2 finishers swam under the meet record. Molacek added his name to the record board again in the 100-yard fly touching at 45.59. Beating Andrew’s previous record of 47.56. Andrew’s also swam under his own record (46.54).

Molacek previously swam at Auburn University but is now back home in Omaha training for the year.  Next fall he will be attending North Carolina State to continue his collegiate swimming career,

Michael Andrew swam his speciality to set off in the 100-yard breaststroke breaking another meet record with the time of 51.92, just shy his personal best set in 2015 (51.75). Also shy of the 17-18 National Age Group Record (51.76). Andrews finished over 2 seconds ahead of second place.

The top seed in the Women’s 400-yard IM, Caroline Theil scratched for her 100-yard breaststroke. Kate McCarville, a 13 year-old from Springfield Aquatics went into finals seated fourth, finished the 400-yard IM first with the time 4:21.28.

1 second time drop for Mr Jack Dolan in the 200 free.
I though he trained in Oregon. I don’t know why. He trains in Missouri.
Next week he will swim at NCSA junior nationals.
In that local article it’s mentioned he’s 6’3”.
http://westnewsmagazine.com/2016/12/13/73287/eurekas-dolan-shines-at-usa-swimming-winter-nationals
And in that other local article it’s mentioned he’s 6’5”. 🙂
http://www.stltoday.com/sports/high-school/boys-swimming/eureka-sophomore-swimmer-has-serious-olympic-dreams/article_486bcdb8-c63a-11e6-907d-87d99ab1758f.html

Its option two. The kid was killing it in hockey for a while

Amazing he’s already at that level considering he has started swimming very recently.
A gifted athlete.

David Marsh signed him, transferred him to CAL, and he is now eligible for NCAA’s in 2017.

The coach for SwimMac signed someone? How does that work?

Molacek is gonna be yuge for NC state