Records Fall at Day One Finals of Nike Cup 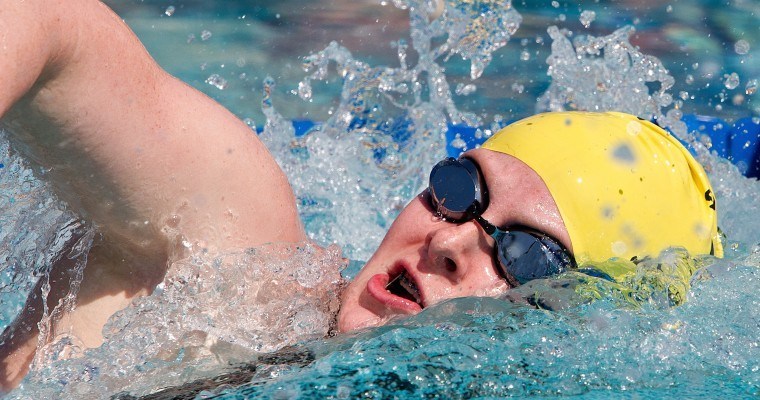 RESULTS CAN BE FOUND ON MEET MOBILE

The Lady Vols were on a mission at the first finals session of the Nike Cup in Chapel Hill, NC, winning both relays as well as four out of the five individual swimming events to take a commanding 231-pt lead over hosts UNC. A tight men’s race is shaping up between UNC, NC Statte, and Tennessee, with the Tar Heels on top (1080) over the Wolf Pack (1019) and the Volunteers (949).

Johnson was able to drop eight tenths from her prelims swim in the 100 fly to finish in 54.04, but was unable to stop Duke youngsters Leah Goldman and Maddie Rusch. The freshman Goldman touched the wall at 53.78, just ahead of her sophomore teammate Rusch (53.93).

Tennessee breaststroke star Molly Hannis was a touch off of her prelims time of 59.51, but her 59.57 won her the 100 breast by a landslide. 2nd place went to Eastern Carolina’s Megan Sellers, who finished at 1:01.30 well behind Hannis.

Madison Hahn, lead-off leg for Tennessee’s meet record-breaking medley, fought back after touching after three other swimmers at the 50 turn to win the 100 back in 53.58. Second went to Alexia Zevnik of NC State. Four Lady Vols racked up points in this A final.

To finish the night, Tennessee took an easy win in the 800 free relay, defeating 2nd place NC State by over four seconds. The Lady Vols’ fastest split came from Caroline Finkbeiner, who swam the 2nd leg in 1:48.56.

NC State’s Rachael Mumma finished on top of in 1 meter diving, with a score of 329.65. She just barely beat out UNC’s Michole Timm, who settled for second in 328.75.

Just after seeing their female teammates dominate the 200 medley relay, the Tennessee men followed suit. Their time of 1:26.34 broke meet and pool records, and they finished almost a full second ahead of NC State. The big difference came during the breaststroke leg, where Volunteer Peter Stevens split 23.61 to Derek Hren‘s 24.64. Simonas Bilis‘ impressive 19.39 split on the end of that relay for the Wolf Pack wasn’t enough to catch the Volunteers.

Freshman Sam McHugh kept things going for the Volunteers, crushing the 400 IM field. His time of 3:44.63 was a 6-second plus drop from prelims and puts him a little over two seconds shy of the NCAA ‘A’ cut.

UNC went 1-2 in the 100 fly, with a 47.66 from Sam Lewis followed by a 47.88 from Ben Colley. NC State’s Soeren Dahl was awfully close behind the pair, finishing in 47.92. All three swimmers lopped off a few tenths, each, from their prelims swims.

A great race between Peter Kropp and Peter Stevens in the 100 breast ended up in another Volunteer victory. Stevens dropped 1.29 seconds from prelims to win it in 53.13 over Kropp, who had set the meet and pool records in prelims with a 52.02. Crop finished in 53.46, unable to repeat his spectacular performance from the morning session.

Lehane had a phenomenal 1.51 second drop in the 100 back, posting a season best 47.22 for a win on his 20th birthday. Andreas Schiellerup of NC State joined Lehane under the 48 second barrier, finishing 47.80 for 2nd place. Lewis was third in 48.01 for the Tar Heels.

Diving bails out mediocre UNC swimming again on the Men’s side. Air Force 1-2’d the UNC men’s 800 free relays…. Men’s 100 breast was an amazing race tonight, kudos to UT breaststroker for the W.